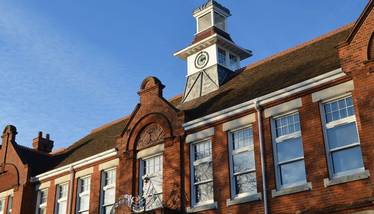 557 people have signed this petition. Add your name now!

Plume Maldons Community Academy has had the same uniform for over 30 years. This proud symbol of Maldon has been shared by several generations in this historic part of Essex. Girls fashions over the years have seen skirt lengths vary and this has been the driving force behind the change of uniform. However instead of implementing a strict skirt length policy the academy-through a divisive system of communication using Parent Voice as it's scapegoat- have decided to wield it's power over parents and change not only skirt length but the colour scheme of the skirts and trousers. This has a major cost implication for just under 2000 children and their respective parents. This and the fact it deems the place of purchase to be now mandatory via the school uniform shop breaches Gov.uk School Uniform policy guidelines (DFE-00198-2013) where it stipulates parents should be able to purchase uniform cheaply 'for example in a supermarket'. Changing the colour from an easily purchased and widely available Black to Graphite Grey makes it almost impossible for parents to source elsewhere without a colour variation. Surely this will make the academy appear tatty rather than smart?? Their letter in regard to the changes state our children gaining a work ethic through good uniform practice: our children have been in uniform since they were 4 years old, this is an invalid argument.

Consultation should be with a significant number of parents (they are after all footing the bill). Parent Voice is attended on average by 25 parents based on minutes of meeting. Allowing 2 children per family based on 1750 on roll this equates to 2.85% parent consultation. Minutes read do not reflect the recollection of those parents who attended in respect of an agreement over uniform change. This leaves this 'consultation with parents' rather spurious to say the least!

Reasons for this petition

1. Lack of consultation to parents

2. Time-frame for change too short

3. Cost implications for parents are not sustainable or considered. Should be phased in from year 7 upwards.

4. No full disclosure on how much profit for the school and how these profits will benefit our children's education

5. KEEP THE UNIFORM COLOUR WE ALREADY HAVE!