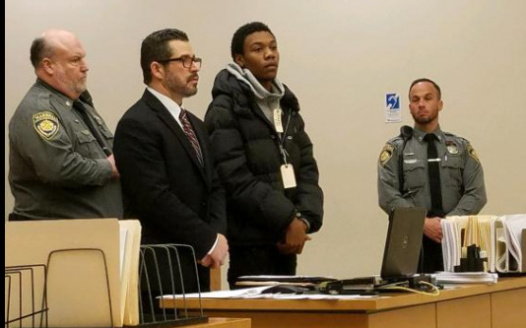 411 people have signed this petition. Add your name now!

Someone In Waterbury 0 Comments
411 people have signed. Add your voice!
1%

Zekhi E. Lee was an average teen who does what any other teen does, goes out to support his cousins football games at UConn, spend time with his friends and family and just live life. He NEVER got arrested or in trouble in any kind of way with the law enforcements. He’s sweet, down to earth, funny, well being person.

Yet On November 22nd, 2017 he was over ruled getting hit with First Degree Manslaughter And Felony Evading about a situation that had happened on November 21st, 2017 an off duty officer was trying to flag down Zekhi E. Lee and notify him the car was affiliated with drugs (No the car didn’t belong to Zekhi) & the off duty officer was driver a normal silver car with tints on it WITHOUT it saying “Waterbury police” on it while 3 OTHER POLICE VEHICLES WITHOUT MARKINGS were approaching In the moment of everything, he got into a collision with another vehicle (the other vehicle driver wasn’t hurt) and they hit a utility pole which had fell onto the 3 year old boy (may he Rest In Peace) And onto 2/3 pedestrians who are injured. This all happened and I believe the police has FULL liability with the awful tragedy between Zekhi being arrested and the child who had died. PLEASE sign this petition so we can help Zekhi get home or his sentence reduced at least and have these officers take responsibility!