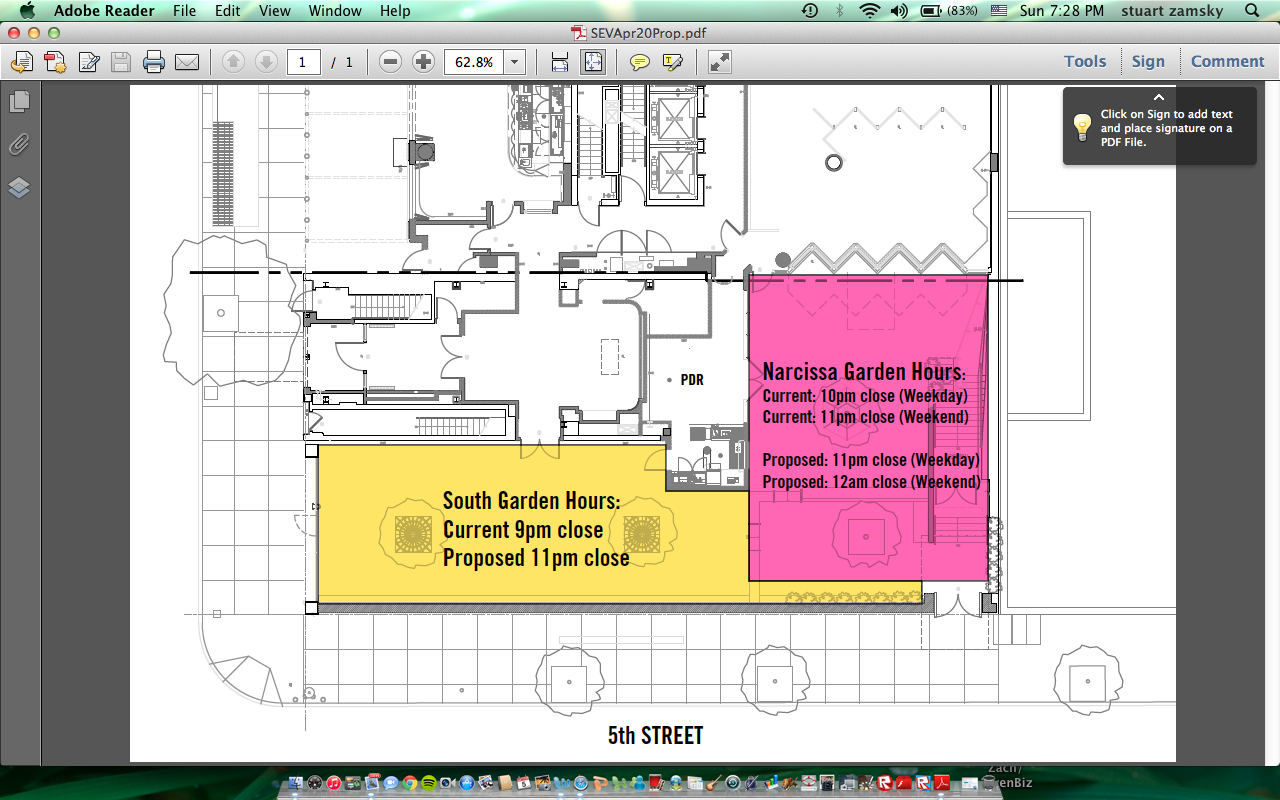 Three years ago the East Fifth Street Block Association agreed the Standard East Village Hotel could double its outdoor drinking/dining capacity if it enclosed 60% of its 5th St outdoor service area. Despite never having built the enclosure, its Bowery Café is in full swing and the hotel now seeks another 60% increase in outdoor Fifth Street dining (in the very area it promised to enclose). It also seeks to remain open two hours later per night in the area originally agreed to be “a quiet gathering place for patrons and their guests” because it abuts a residential tenement building and faces a home for the elderly.

SEV already has total dining capacity of 343, 140 of that outdoors. Their request for more and later dining on Fifth Street is a greedy and blatant reversal of the agreed shift of outdoor activity away from its residential neighbors to the avenue.

Join your neighbors in letting SEV know ENOUGH IS ENOUGH. Sign our petition opposing any action by SEV to extend outdoor service at the cost of their neighbors’ peace and quiet, and make your voice heard at the CB3 SLA Committee meeting Mon, April 20th @ 6:30 p.m.

SAVE OUR NEIGHBORHOOD BEFORE IT’S TOO LATE.