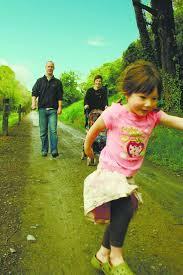 In Victory square there is a lovely path called the Railway Reserve that passes not one but two schools. Many small children walk down this lovely reserve to get to school and there is heaps of cool art along the way. It is a place where you can walk your dog, have a picnic on the patches of grass at the side or just have some exercise. But all of this will be stopped after the N.C.C (Nelson City Council) makes a huge disgusting road right on top of it. Threatening the lives of innocent children who just want to cross the street to go to school and get an education so they can grow into people who achieve and make society move forward.

The reason this is going to be made is because the residents of princes drive don’ t want a road on the other side of the hill! Where it is at the moment there are no schools and most of the houses are further up the hill but these people think it would be better to put this big smokey highway past two schools. One of which is a primary.

Not only would this make the death toll higher but it would also make a lot of noise which will make it hard for them to learn, it will also make enormous amounts of smoke making the poor children cough all day.

Not only will it affect small children going to school but it will also make it hard for people biking to work, going to town, being with nature or just simply walking home. So I say down with the southern link and down with the idea of it!