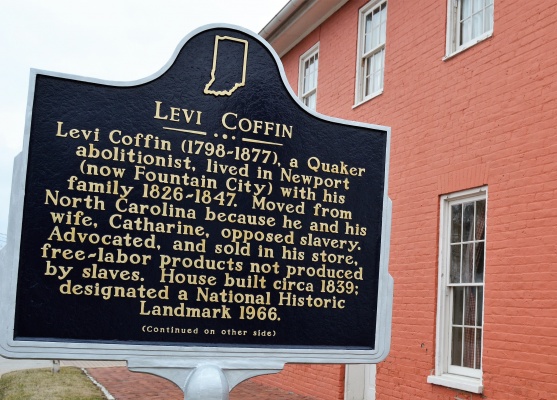 Stop the sale of Confederate flags at Levi Coffin Days

Each fall, the Fountain City Lions Club sponsors a festival named for Levi Coffin, renowned Quaker abolitionist and President of the Underground Railroad. However, by allowing the sale of Confederate flags, the Club dishonors Coffin’s anti-slavery legacy and demeans all those who have been a target of the hate that the flag represents.

The Confederate flag is a symbol of racism. It was waved by rebels waging war against the United States to preserve slavery, and it was waved by segregationists resisting the civil rights movement of the mid-20th century. It is not a symbol of southern pride; Alabama and South Carolina have removed it from their state capitols, and Georgia and Mississippi have removed it from their state flags.

Not bound by a governmental guarantee of free speech, the Club is free to ban unwelcome divisive vendors from its festival. Surely blackface minstrels and whites-only toilets would be unwelcome. The Confederate flag should be unwelcome, too, and the Lions Club should ban it from Levi Coffin Days.