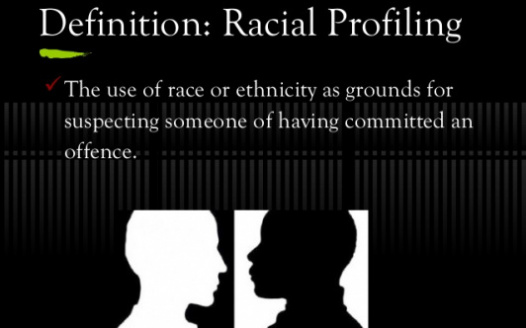 On March 8, 2018 a 15 year old black male was walking alone in his neighborhood of Upper Providence Township, Delaware County PA, less than half a mile from his home when he was approached by three police vehicles. He was not breaking a law; he was not with a group of other teenagers; he was not in possession of a firearm, illegal drugs or controlled substances. He was simply walking home in the snow because he had missed the school bus that normally takes him to the private school he attended in Wynnewood, PA.

This gifted young man, a member of Mensa and on 90% scholarship at the prestigious school, was diagnosed with social anxiety a month prior and was anxious about missing the bus and getting to school late.

According to the police report, officers responded to a “disoriented juvenile” which came in at 9:55 am, at exactly the same time that the three police cars arrived at the Sunoco Station where he was walking.

When approached and asked if he needed a ride, he told the officers no. The officer stated on the report he appeared to be "mentally and physically disabled" They then continued to persuade him to get in the back of the police car so they could give him a "courtesy ride" home. He was placed in the back of the car and escorted to his home.

His teachers subsequently noticed a drastic decrease in his work and attendance.

On May 13, 2018 this young man was admitted to Children's Hospital of Philadelphia for severe dehydration because his anxiety was so extreme he had stopped eating. He had to withdraw from school and forfeit his scholarship. All of the mental health professionals agree that the anxiety and depression he was experiencing at the time was escalated by the interaction with the police.

Eight months later, the young man is still receiving therapy and experiencing post traumatic symptoms from the event including being on guard when approached by adults in authority and unwilling to open his eyes when walking anywhere in his neighborhood.

We, the residents and voters of Delaware County, PA are calling on the Delaware County Sheriff's office and the Upper Providence Township Police department to acknowledge the trauma that was inflicted upon this young man who has lived in their community for his entire life.

We ask in the name of community cohesiveness and racial healing: