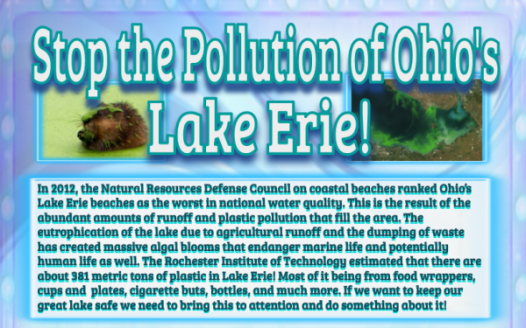 Water pollution is a major problem that will only get worse if we don't raise our concerns. In 2018, nearly 1 million gallons of sewage was dumped into Lake Erie in Buffalo New York. In fact, Lake Erie’s algal bloom got so serious that in August 2014, Toledo’s water supply was cut off for an entire weekend! Water pollution doesn’t just affect the animals in the water, it can severely affect us as well. By signing this petition you are advocating against the dumping of plastic, sewage, and any other pollutants within Lake Erie in the state of Ohio.