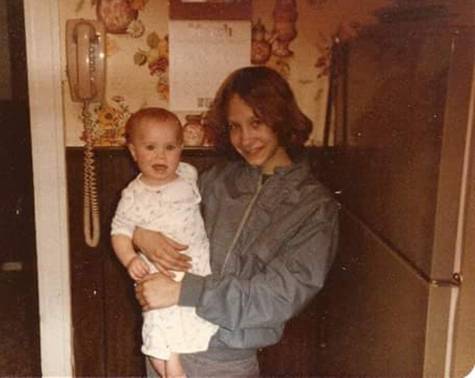 When Mary came home she found Tracy lying nude, on her kitchen floor, in a pool of blood. Tracy's throat had been slashed and she was stabbed about half a dozen times in the shoulder, chest, back and abdomen.

Tracy suffered deep cuts, called defense wounds, to the inside of the fingers on her right hand. These wounds indicated that Tracy was alive, conscious, aware of what was happening and attempting to ward it off. Tracy bled to death from the multiple stab wounds that she suffered.

When Mary found Tracy she attempted to wake her up. She at first thought that Tracy had become sick and vomitted, but then she realized that what she thought was vomit was really blood and there was a knife protruding from the left side of her abdomen. Mary then frantically searched for her infant son. She found him unharmed and asleep in the living room.

On October 10, 1985, David Larson was convicted of second-degree (intentional) murder in Tracy's death. David was sentenced to the maximum term of 25 years to life.

In April 2016, David will face the New York State Board of Parole for the fourth time. Please help Tracy's family stop his parole release by signing this petition and letting the Board of Parole know that you do not want this criminal to be released!