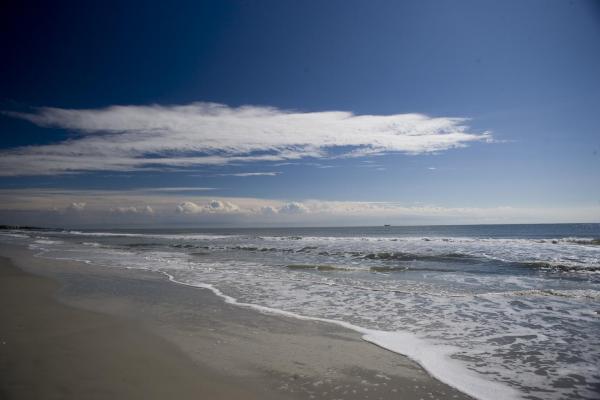 Stop the Madness: No Drilling, No Spilling

In a face-off between billions in corporate profits and the rights of citizens in a community, big money tends to bet on the corporation. But corporations can’t control our destiny unless we let them. If we obtain 100,000 signatures demanding that South Carolina’s coastal areas remain free of the danger of pointless drilling, even politicians hungering for contributions from oil company lobbyists will be forced to listen to the voice of the people. We are the only constituents they’ve got, and we have a powerful weapon to work with – our vote. This is not a conservative or liberal issue. It concerns the lifestyle that is a birthright of native South Carolinians and a magnet to newer residents.

Remember this point: A lie is still a lie no matter how often it is repeated and how many people choose to believe it. Despite fictitious numbers you will hear rehashed incessantly, the following are the facts with which we must confront politicians and big oil:

· While oil production has become marginally safer as technology advances, a quick scan of any newspaper reveals that spills and their horrific consequences continue to occur on a regular basis

· Offshore drilling guarantees no jobs for South Carolina workers; if any result, they are likely to be low wage and temporary

· In the event of a moderate or large oil spill that washes onto South Carolina beaches, your home’s value will instantly plummet and it may become unmarketable

· The only significant revenue that this dangerous venture generates will go to oil companies; some, like BP and Royal Dutch Shell, may not be American

· A moderate oil spill will cost 75,000 tourist industry jobs along the Grand Strand and countless more in Charleston , Beaufort, Hilton Head, Kiawah and other destinations

· A moderate oil spill will reduce the value of all restaurants, hotels, and other tourist attractions along the coast to near zero

· While we all support the goal of American energy independence, success is assured in the near future without any oil produced in the ocean off South Carolina

· Creating the illusion of a recovery from a moderate oil spill – not a real possibility for the environment – will take decades to achieve. Tourists may be slower to forget.

The secret to citizen success on this issue is to write, call, and pledge to politicians that you will vote against them if they support drilling. Industry strategy will be to dangle economic carrots, donate persuasive sums of money to political campaigns, lie about the dangers, and wear us down. Our zeal is important. Our perseverance more so. Since Lobbyists are handsomely paid and indefatigable, this struggle will require years of focus to achieve something resembling victory.

Beyond your letters and phone calls and votes, it is important that you – all of you – contact at least two other families and persuade them of the urgency of opposing this initiative that is so right for big oil and so wrong for all of South Carolina.