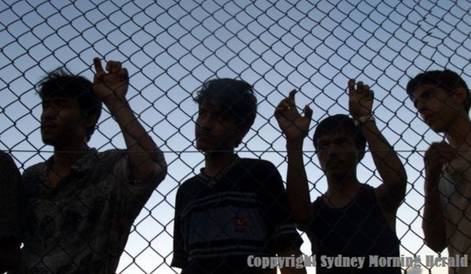 Asylum seekers have often been persecuted in a war-torn country and forced to flee for their lives. In desperation, some get on a boat to Australia, without knowing what’s at the end of the ride. Most have no idea what will happen. Their only hope is that what is due to meet them at the end will be better than what they’ve fled.

On this ride boys, girls, pregnant women almost sink in leaky boats numerous times and when they are finally close to what they believe is safety… they find out about the Life Ban, a policy stopping them from entering and settling in Australia, no matter the persecution these people come from. It means they would never, ever get to set foot on Australian soil due to the fact that in a desperate attempt for their lives, got on a boat instead of going through legal channels. This means they arrived illegally. They can never return, not even if they go back to their countries of origin and go through legal channels, not on a holiday, not if one of their children they took with them seeking safety grow up and marry an Australian. Never. They can kiss that hope, dream of safety and peace goodbye.

There are refugees and asylum seekers who have been on Nauru and Manus Island for over three years in limbo, still hoping they can resettle in Australia. The introduction of the Life Ban applies to them too; they will never be able to see the country they’ve longed for.