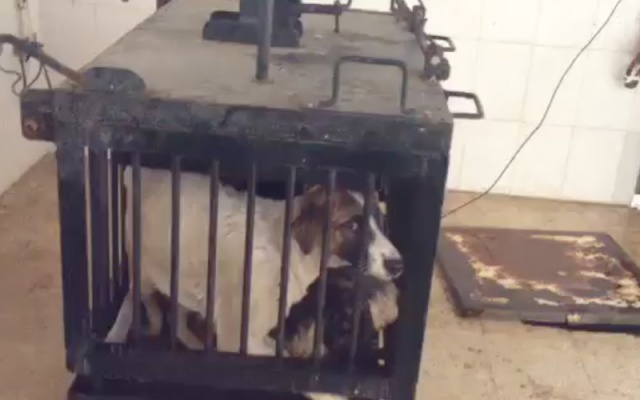 This petition is made to ask all organisation of Animal protection and international Authorities to make pressure on Agerian government and authorities to stop the horrible killing of innocent street dogs and cats. Instead of killing them in the worst and inhuman manners en mass ( electrocution after wetting them, burning them alive, firing them with guns...) the best solution is to vaccinate them.

From Mid June 2021, the Authorities of Algeria ordered a "street cleaning" of street cats and dogs in all cities of Algeria during 30 days, in order to protect the Algerian population from rabies following a student who got bitten by a street dog that had apparently rabies.

Each night from 10 pm ( Algerian local time) hundred of dogs and cats are captured with a huge pliers, looking like torture instrument, and crammed by dozens into small cages, then taken in isolated locations ( called in Algeria Galoufa) where they kill them in the worst manner without even checking if they really have rabies symptoms.They keep them in those locations days to month without feeding them till some of them die by starvation. For those who are still alive, they put them into cages charged with electricity cables, they wet them then electrocute them, some of them die instantly with heart attack and some of them suffer a lot and agonize for a long time before they die. Some of them are killed by being burnt alive, and others are fired by guns. The Authorities are paying those criminals who are in charge of killing them 1500Da (Algerian dinar) to 3000Da by each animal killed which is equal to 11 to 22 American dollars, which is a big disaster !

This called "street cleaning" programm of those poor animals has been running for several years but was intensified this june following the accident of the student bitten by a street dog having (apparently) rabies.

Each week hundreds to thousands of those innocent street dogs and cats are killed in the manner I mentionned, and some of them were found with collars, which means that they belonged to someone and also they might be vaccinated but unluckily left their home and found themselves among the other cats and dogs of the street in their terrible fate !

Many pictures of this horrifying places and also of those animals captured in cages and their cadavers ( hundrds to thousands) thrown in the street ( they even don't burry their cadavers but throw them like a rubbish) are shared in social media by some Algerian people, and also some videos of how they kill them are also found under the hashtag #stop_galoufa_en_Algérie

We Algerian citizens who care about animal rights and life, we ask International Authorities and organisations of Animal protection to make the pressure to Algerian Authorities to stop this horrifying, inhuman and non Ethical killing of streets cats and dogs by hundredsand thousands under the reason to protect the population from rabies, and encourage them, instead, to vaccinate them en mass.

We believe that the best solution for protecting the population from rabies is not to kill in the worst manner and en mass street dogs and cats after being captured randomly, but is to vaccinate them en mass. Andinstead of paying 11 to 22 dollars per each dead animal those in charge of capturing and killing them , it's much more better to use that money to pay the anti-rabies vaccine and the veterinarian doctor to vaccinate them.

In addition to the unethical reasons for killing these poor beasts in the worst manners, killing them en mass will create a huge environmental imbalance.

We Algerian citizens who care about animal rights and their life hope that with the signature of many of you of this petition, things will change in Algeria about the destiny of our street cats and dogs and that their injust and terrible killing will stop and instead, a vaccination program will be set up for them.

Thank you for signing,