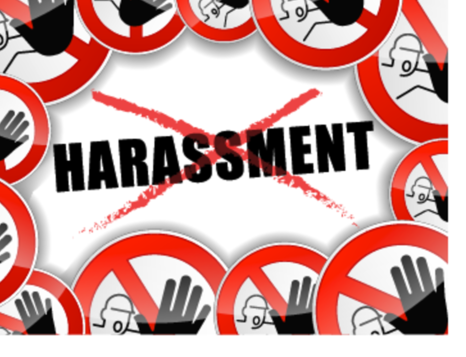 Stop the Harrassment, Free Our Halls

To Whom it may Concern:

I (we) represent an established sovereign, California nonprofit mutual benefit corporation. I (we), as part of the estimated 75% of all California Guild (CG) organizations and chapters, established in 1873 and incorporated on October 7th, 1946, want to register this complaint against the tactics being used against us in an effort to force us into joining the Grange of the State of California of the Order of Patrons of Husbandry organization, established in 2014 and administered by Ed Komski

We have been under economic, real estate and personal threat and siege by Mr. Komski due to numerous pending lawsuits with the National Grange that are currently in Court. We have an active appeal with a stay in place against further action. We are committed to honoring the law of this land and wish to be left alone while the appeal works its way through the system.

However, in violation of court orders to Mr. Komski restricting further action against me(we) and the CG, we are under the constant barrage of threats by Mr. Komski of hostile takeover and losing our halls if we do not accede to his demands, despite pending court actions appealing these unjust and unwarranted lawsuits. This must stop and we ask the Court to consider our voices in this matter.

We wish to express our dismay and frustration regarding the following tactics Mr. Komski has deployed including, but not limited to, the following:

1. Communicating personal and economic threats that unless we pay our membership dues to Mr. Komski and sign his charter by an ever-changing deadline, we will lose our own charters (which he has no legal right to, nor do we wish to join his organization), turn our halls over to him, which we legally own, as evidenced by valid titles and deeds of ownership and long term community presence. Examples: It would be a shame if something happened to your family.

2. Sending surrogate agents to fairs with the intent to inhibit participation and embarrass the children of our local CG chapters, participating under the Fairs’ “independent” youth program category. They have been required to remove their uniform vests while in the midst of showing their animals and have been arbitrarily imposed upon to do additional community service when other forms of community service was rejected;

3. Sending unsolicited emails with threats against our community halls to our members, even after they have unsubscribed and submitted formal complaints with the FTC and FCC that are pending;

4. Continuing to harass members over the phone, after they have directly advised Mr. Komski and his surrogates to not contact them again, and their requests are ignored;

5. Sending surrogate agents into our monthly business meetings to conduct corporate espionage with the intent to obtain confidential information that is shared with Mr. Komski;

6. Trespassing, without identifying themselves, onto our Hall properties during private rental events to take photos of the real properties and assets;

9. Changing our corporations’ Statements of Information filed with the Secretary of State, thus falsifying documents, without any authorization to do so;

10. Sending surrogate agents to local post offices who attempt, and in some cases have succeeded, to convince the local Postmaster or postal staff to re-key the boxes in an effort to obtain U.S. mail;

11. Threatening CG rental tenants to pay rent to him or be evicted, effectively freezing these rental monies from use for our normal business operations;

12. Contacting State offices at the Capital by phone and in person to discredit and directly interfere in CG legislative initiatives.

It is with all due respect that we ask for your help in stopping any and all of the deliberate and blatant actions taken by Mr. Komski and his surrogate agents that are intended to apply pressure and force the consent of our membership that includes elderly, infirmed, children and parents to join his organization.

We ask that action be taken to prevent, by order of protection and a cease and desist action, Mr. Komski and his surrogate agents from continuing their assault on our membership and community halls until the Court determines the dispute between CG (our parent organization), the National Grange and Grange of the State of California of the Order of Patrons of Husbandry is settled.