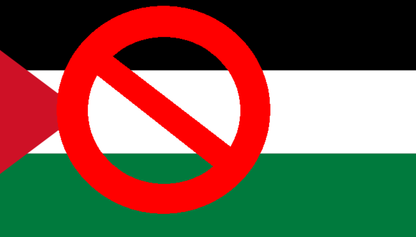 Stop the establishment of a Palestinian State.

We the Supporters of Israel request that all U.S. Senators and members of the European Parliament who have not come out against a Palestinian State do so as soon as possible.

Giving the "Palestinians" a state would.

1. Legitimize their terrorist actions throughout the past 67 years.

2. Leave them without a leader who could properly and democratically govern both the Gaza Strip and Judea and Samaria. Two Thirds of Palestinians have called on Mahmoud Abbas to resign and he along with Yasser Arafat was Responsible for the failure of the Oslo Accords.

3.“half of the Palestinians are Egyptians and the other half are Saudis.” Fathi Hammad Hamas Minister of the Interior.

4. Take away land from what is already a small country.

5. Encourage more violence because if the Palestinians know they can get land by terrorist acts they will only commit more of them so they can get the whole land which is if you look at the PLO charter which the PLO refuses to change what the Palestinians want the complete destruction of Israel and the establishment of a "Palestinian state in it's place."

6. Establish a state which supports the destruction of another UN State.

This terrorism is not supported by a small minority of Palestinians anymore but now according to recent opinion polling supported by the large majority.

Therefore we the people being of reasonable mind request again for all U.S. Senators and Members of the European Parliament to come out and publicly oppose the creation of a "Palestinian State".