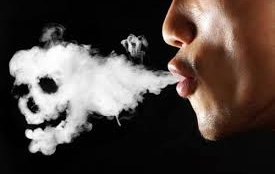 Figuratively and Emotionally. Cigarette smoking in social interaction is examined through a study of reactions and perceptions people have to others' smoking in their social presence. A questionnaire was administered to 130 subjects, among whom 57 were smokers, 30 were ex-smokers, and 43 were nonsmokers. Ex-smokers and nonsmokers in particular tended to report a disrupting effect upon their interactions with others when others smoked. Smokers tended to report no effect. Almost nobody reported a positive effect on interactions by others' smoking. This finding is discussed in the context of previous research findings that smokers report an increased social comfort with their own smoking.