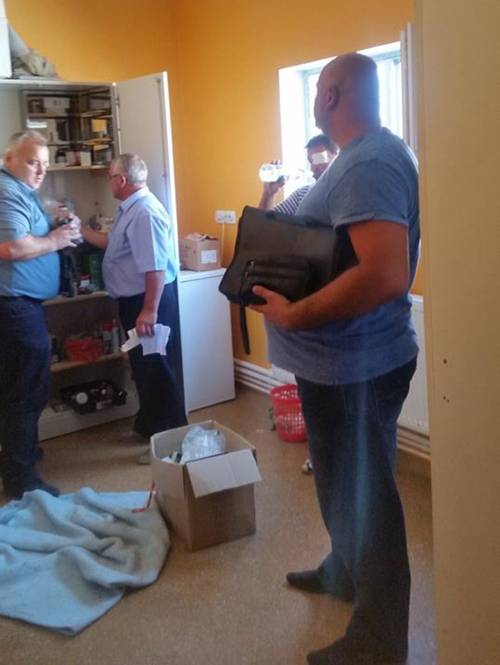 Stop the corruption & harassment by officials in TARGOVISTE, ROMANIA

We are a UK Charity "Bid to Save a Stray" reg 1157768 which runs a private rescue shelter in Targoviste Romania. I have just returned yesterday am from Romania where I have seen first hand the bully boy tactics employed by a corrupt interim Mayor - Christian Daniel Stan and Director of street cleansing Danut Badea.

Our Romanian representative Cristina Paun (also a trustee of the UK charity) has been rescueing dogs from the local public shelter and surrounding areas for nearly 15 years with no issues and has had good relations with all officials until 3 weeks ago.

The Director Badea decided on 31st July to stop us rescueing the dogs and chose instead to murder them despite the fact we were stood at the gates asking to take them. The local press turned up and an argument broke out with the press and Badea of which there is video evidence of Badea threatening a member of the press.
This atrocity caused out cry amongst animal lover on social media world wide and both Badea and Stan received many many messages of condemnation from people world wide. We were provided with information of the Directors and Mayors corruption tactics from people from all over Romania.

On Saturday 8th August whilst I was in Romania the vehicle used by the dog catchers was set on fire (many claim by the dog catchers themselves) and Badea has publicly said in the press that our Romanian representative was behind it calling her the "local mafia". This is a total untruth, I was infact in Cristina's house at the time it was supposed to have happened with her and our employees were out fishing during the night.

Since then the Mayor and Badea have instigated a course of bully boy tactics and harrasement (including physical abuse) against our shelter and its staff.
On Monday 10th August they have had the local Animal control board attend our shelter to search our dogs,ask for paperwork for our vehicles, proof of where our donations came from, how they entered the country and from where, searched our medicine cabinet and the local Police have been to search as well, our employees have been taken in for questioning at least twice each. The County Police who are the fiscal police have been to ask for our financial records to prove how the shelter is funded it is funded by donations from UK and Germany.
When they could find nothing wrong with anything we have done we were then informed by the Badea on Wednesday 12th August that we would not be allowed to rescue anymore dogs from PS until we had authorisation from the Head of Animal Control..
We have since provided all the paperwork neccassary for this to happen.

On Friday 14th August our shelter was raided by approximatley 30 police officials and Cristina was physically abused by a police official. She had her phone in her hand and it was forcibly removed from her and she was pushed against a wall (as I said earlier she is 5 months pregnant). 2 of our employees were taken away for the 3rd time for questioning... and the shelters CCTV computer and server has been removed which means we have no way of monitoring our dogs safety. We have over 600 dogs who are now vunerable.

We now intend to sue the local police official for physical assault on Cristina and to persue Badea for harrasement and their illegal actions.
We have officially requested information which should be public knowledge pertaining to how many dogs have been killed, the investment made in PS, how the money is spent etc on food and medicines as well as requesting certain conditions are met in PS which will involve them making investment into the welfare of the dogs they catch. To date we have had no response.

Text message received from Moraru Militian the police official who pushed Cristina.
His message says we are only reporting what has happened to get people to donate to us.We thanked him for proving our harassement claim and our lawyer was delighted.

Today we have lodge Penal complaints with the court

we lodged 3 or 4 others as will but I will let our lawyer have the pleasure of telling them about those.

today we attended PS try and rescue some of the dogs in there. We took our lawyer as we expected there to be issues and the local DSV. Cristina took proof of residency, proof of income and proof of id as is required by law when adopting .

The law stated (as I understand it) that if you live in a residential area you must have your neighbours consent to adopt dogs.

He decided that we could not adopt because we did not have our neighbours consent.

Point 1- we dont house our dogs in a residential area so therefore dont need our neighbours consent.

Point 2: we called the head of the Federation of the protection of animals who wrote the law and he stated that this is not what the law says.

Badea obviously either know the law better than us and the man who wrote it or he is just trying to be a petty vindictive little man who can only assert his authority in pathetic ways.

We will return to PS with letters from our neighbours stating there is no problem.

We will also instigate another charge against him for abuse of office,

THANK YOU ALL FOR YOUR SUPPORT.