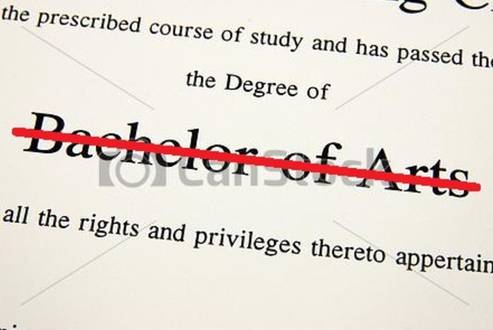 369 people have signed this petition. Add your name now!

The Dutch Ministry of Education, Culture and Science has issued the conversion from Bachelor of Business Administration to Bachelor of Arts for all Tourism Management studies in the Netherlands. This conversion is based on an advice from the Netherlands Universities Foundation for International Cooperation.

This raises a number of issues violating the rights of current students who have enrolled in their first year to acquire a BBA at the end of their studies. They will not be receiving this degree regardless of the year they are currently studying in. This includes all students currently in the first to fifth year of their studies. A prominent example of this are students who have not yet graduated but their fellow classmates have already received a BBA. Does that mean that either the finished students are receiving a lower degree or that the ones that have yet to graduate will also receive the BBA?

The second issue is that neither the MECS nor NUFFIC or the Dutch universities reach the opinion of current Tourism Management students in the Netherlands regarding such conversion. This research has been going on for the past one and a half year and only just a month ago, universities have started informing their students that a change had already been made in the degree. Universities were asked to voice their opinion about a preference in the degree by NUFFIC in their research but there was no contact with one very important stakeholder - the students. It is simply unacceptable, unethical and unpleasant for students who have been paying enormous tuition fees and studying subjects related to Business Administration, to receive a degree other than intended when enrolling for the studies.

As united students from both International and Dutch Tourism Management programs, we demand that everybody who has enrolled for a BBA will receive the respectable degree. This means that the conversion to a Bachelor of Arts should be made effective for students starting their studies in the upcoming school year (September 2016) and not for those already enrolled to a Bachelor of Business Administration!