STOP THE BIPLANE NOISE OVER OTTAWA! 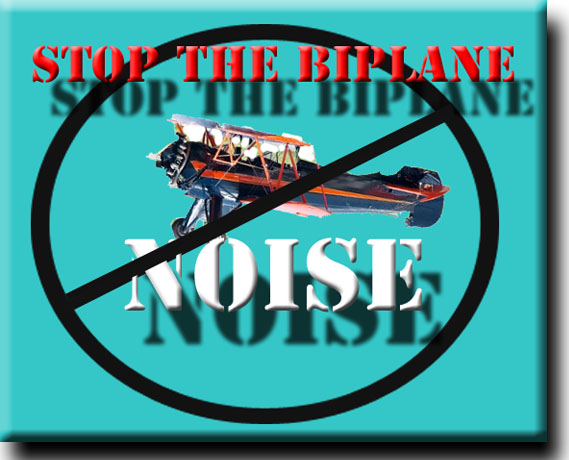 Dozens of times a day during the spring and summer, the peace and tranquility of thousands of residents and visitors in the central and eastern neighbourhoods of Centretown, the Golden Triangle, Sandy Hill, Lowertown, New Edinburgh, Vanier, Manor Park and Rockcliffe Park is shattered from above by the rattling noise and vibrations of a 73-year-old WACO biplane operated by Central Aviation of Alberta out of the Rockcliffe Flying Club and airport in the city's northeast end.  Apparently immune from noise bylaws and regulations, this unwelcome aerial invader has been low-flying across these densely populated urban neighbourhoods for the purpose of offering private aerial "tours" of the Parliament buildings and the National Capital's downtown core.

I, the undersigned, as a resident and/or or a person carrying on my business or employment within one of these noise-afflicted areas, wish to register that I am disturbed by the recurrent noise caused by the Central Aviation biplane "rides".

I therefore respectfully petition the municipal, provincial and federal authorities and the Board of Directors of the Rockcliffe Flying Club and Central Aviation of Alberta to immediately cease or significantly reduce this noise disturbance caused by these daily commercial flights over central and northeastern Ottawa.