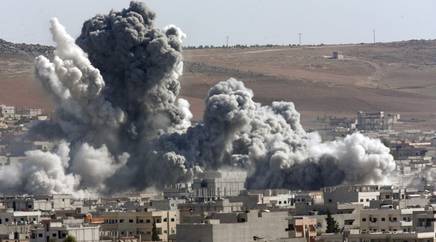 Stop the air strikes on Syria

For the past weeks Syria had witnessed a series of brutal inaccurate air strikes that are supposed to destroy ISIS's militants. However, these air strikes showed no satisfying results that would stop ISIS from expanding rapidly. The air strikes basically just caused civilian casualties and destruction of buildings occupied by innocent citizens. Everyone that signs this petition requests the leaders of the countries that are taking on the air strikes on Syria to stop the air strikes for the sake of humanity and for the sake of all the innocent lives that were lost. You can fight ISIS by spreading awareness to stop people from joing ISIS rather than spending all this money on war.