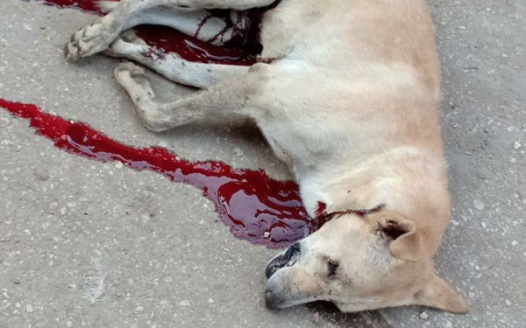 Stray dogs and cats are being murdered in cold blood in Egypt.
They are being shot and poisoned using Strychnine , an internationally banned poison , and are left to die a long agonizing and painful death on the streets
These atrocities are condoned and sponsored by the Egyptian government

Animal rights activists in Egypt have suggested time and again that instead of spending millions on Strychnine , this money can be used to gather strays in shelters and spay & neuter them thus dramatically reducing their numbers.
Sadly , those suggestions have fallen on deaf ears.

PLEASE DO YOUR PART. BE THE VOICE OF THE HELPLESS & THE VOICELESS