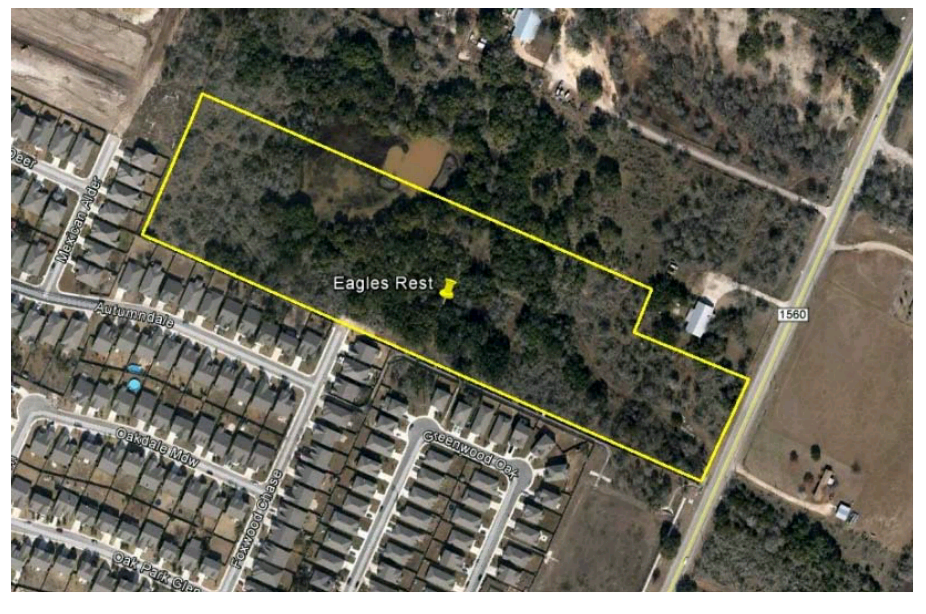 Attention: NRP Developer, City Officials, Community Housing Resource Partners, and the Texas Department of Housing and Community Affairs
We the undersigned strongly believe that your affordable housing development stands to be at the socioeconomic detriment of a much anticipated positive expansion of the Northwest part of San Antonio, Texas outside of 1604. The signors of this petition do not approve of your plans and oppose your intentions especially since the HOAs in the area were NOT informed prior to moving forward with construction. Whatever efforts to benefit the continually impoverished and tax credits you seek will cause a directly negative impact on those who have invested in a promising new area. We ask that you re-evaluate and revoke your proposal for the sake of socioeconomic responsibility of your company. We thank you for your time taken in reading our letter of protest.
Concerned voters/residents,
Silver Oaks and nearby Communities
DETAILS KNOWN BY CONCERNED VOTERS/RESIDENTS:
- An upcoming election is scheduled November 4, 2014 for city officials.
-The NRP Developer plans to build 108 affordable rental housing units at 8401 N FM1560 named Eagles Rest on 12 acres directly behind new homes in the Silver Oaks Subdivision directly behind Mexican Alder and Autumndale. These units will have full sight into backyards of new homeowners and will most likely bring down the value of our newly built homes.
- The NRP Developer should have met with the HOAs in the area before moving forward with their construction plans.
- A resolution in support of the Eagles Rest Development for the 2014 competitive 9% housing tax credit application was approved on 3/20/2014 by Julian Castro and 10 District Representatives.
- Commissioners Rodriguez, Elizondo, Wolff, and Adkisson approved of the tax credit at the March 25, 2014 Orders of Commissioners Court (OCC) Meeting.
- Both affordable housing complexes in Alamo Ranch and Silver Oaks were approved by the Commissioners at the exact same time and at the same OCC meeting on March 25th.
- A petition signed by more than 1000 residents in Alamo Ranch Subdivisions protested the proposed 120 affordable rental housing units by the APC developer at Alamo parkway and Wild Pine near loop 1604 and state highway 151.
-The county Commissioners RESCINDED their resolution of support for affordable housing units IN Alamo Ranch in the Northwest side of San Antonio but there was no mention of the Eagles Rest Development that is literally right down the street from Alamo Ranch on FM1560.