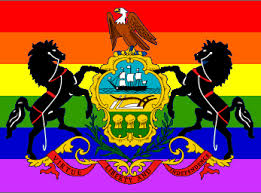 555 people have signed this petition. Add your name now!

Theresa Santai-Gaffney, Clerk of Orphan's Court in Schuylkill County PA filed a suit to once again deny the LGBTQ community their rights to marry. This despicable act of injustice to go over the honorable U.S. District Court Judge John Jones III's ruling to overturn the gay marriage ban in Pennsylvania shall not be tolerated. Her standing in the Schuylkill County Court House holds no just reasoning in her suit- she is simply and sadly just another misguided and inconsiderate politician attempting to mix Church and State- which we all know is illegal and against the United States Constitution. My hope in creating this petition is to raise awareness of her regrettable acts in order to stop her. We, the residents of Schuylkill County Pennsylvania must stand up against injustice! What Gaffney forgets is that WE are the ones who can vote her in and give her a paycheck just as well as we can fight against her and elect a better, forward-thinking representative. And if it weren't for the CHANGE brought on by the Woman's Rights Movement, she wouldn't even have the job that she does. Therefore, by signing this petition you agree (1)she is lawfully unjust and/or morally wrong in her attempt to revoke the rights the LGBTQ community and their Allies have waited so long for, (2) she needs to drop the suit immediately, and (3) that we, the people of Schuylkill County will NOT tolerate this hatred in our wonderful community. We must stand together to win this battle, so I implore you, please sign this petition and show her we don't agree with her unlawful, intolerant actions.

***This is optional, but if you'd like to further your show of support please feel free to call her office at (570)628-1382 and let her know we do not support her. You can also find her FaceBook page under "Theresa Santai-Gaffney" to post in LGBTQ support. All I ask is that no vulgar language, racial/religious slurs or threats be made upon her- we are better than that and can get our point across without such means. Thank you.***