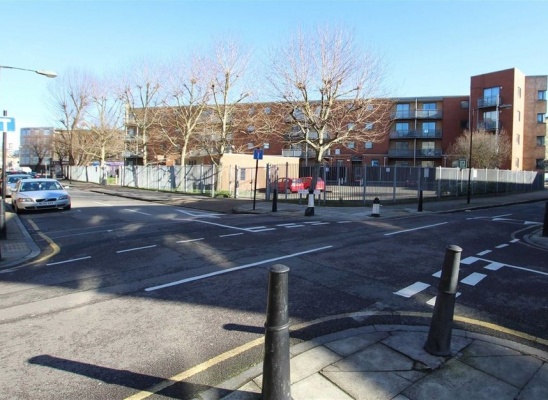 We, the residents of West Point (3 Grenade Street), Compass Point (5 Grenade Street), and One Rich Street are calling upon serious and imminent action to be taken against violence, and antisocial behaviour occuring in front of the council housing building Roche House, the cul de sac, at 27 Rich Street, Westferry, Limehouse.

It is with regret that we have learned that examples of the following behaviour have been occuring at this location for as long as the past 16 (!) years with little to no action taken by the Limehouse Police, Tower Hamlets Council or any other local authority:

Utilising the 101 non-emergency police line, which is encouraged by the Police as the primary source of assistance in this situation, is highly ineffective, often yields waiting times of more than 60 minutes and no subsequent action by the police. It is unfortunate that in the 21st century, this ancient form of reporting is still used as the primary measure for seriousness of an issue. Residents are often discouraged by its ineffectiveness and restrain from utilising it on a regular basis, despite the ongoing serious issues.

In light of the above violent and antisocial behavior occuring on Rich Street's cul de sac, we hereby request that at the very minimum the following action is taken to address the situation:

When inquiring with Limehouse Police about how many of the subject gang members have been fined in the past ten years, no specific answer was provided, strongly suggesting that none have been. All human behaviour is driven by incentives and we are therefore of a strong belief that issuing more frequent warning notices, monetary fines and penalties for various ASB and other offences will be strongly discouraging to the offenders.

Several residents are investing in upgrades and installation of secondary glazing windows to deal with the noise at night. While this solution only deals with the inconvenience of the whole situation and leaves Rich Street a dangerous area to walk around, once the number of residents who were forced to upgrade their windows reaches a critical mass, and tens of thousands of pounds are invested into such upgrades, a class action shall be launched against the responsible authorities to cover such costs due to their ignorance and unwillingness to deal with the issue.

This is an issue to be dealt with by both Tower Hamlets Council and the Limehouse Police and we, the residents, are tired of hearing each involved party that it is not their responsibility and someone else should be dealing with it. The recent events at Grenfell Tower suggest that in many cases, nothing will be done by local authorities until something much more serious happens - in this case, we fear that a sexual or a serious physical assault can be expected as the tension between the local gang members and us, the residents, continues to increase day in and day out. We have spoken up many times, yet nothing is being done to resolve this while there is still time to do so.

We are nothing more than a group of law abiding, decent citizens fighting for their right to feel safe in their neighbourhood and to be able to sleep at night. It is only understandable that after 16 years, the residents are becoming impatient and fed up with the lack of action of authorities. In today's day and age, a group of citizens as large as the number of signatures under this petition, should not struggle to deal with a relatively small number of troublesome gang members. Should we be unable to achieve material improvement of the situation in coming months, the issue might require escalation to other authorities and local and national news media.

Residents of One Rich Street, West Point and Compass Point