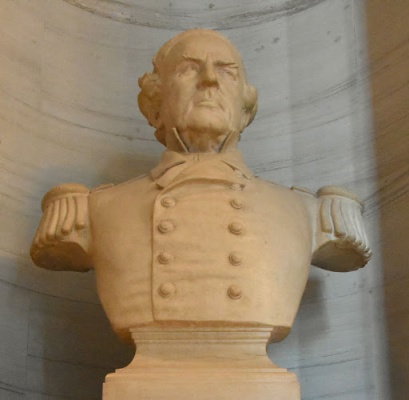 STOP the removal of the Admiral David G. Farragut Bust from the TN Capitol Building!

History:
On July 9th, 2020, the TN Capitol Commission voted on an Amendment for the removal of Admirals David Farragut and Albert Greaves along with the removal of General Nathan Bedford Forrest busts from the State Capitol Building.

Important to know:
In the last minutes of the meeting, State Comptroller Justin Wilson introduced a compromise to include Admiral David G. Farragut (a Unionist in the Civil War) and Admiral Albert Greaves (a WWI veteran), to additionally remove their busts, in order to get the vote to pass.

Result:
This vote by the TN Capitol Commission is NOT supported by Tennesseans in its current amendment form. Not only do the TN Constituents reject the addition of the two Admirals removal, but plenty of TN Capitol Commission Members and elected TN government officials voice concern over the Admirals inclusion also.

Our Petition's Mission:
Leave the two Admirals Busts in the TN State Capitol Building. Encourage the TN Historical Commission to vote NO.
We reject that the names/busts of Admiral David G Farragut, and Admiral Albert Greaves be included to the social unrest concerning Gen Forrest's bust. Both Admirals served their country and the State of Tennessee admirably. and deserve their honor in the TN Capitol Building as hero's.