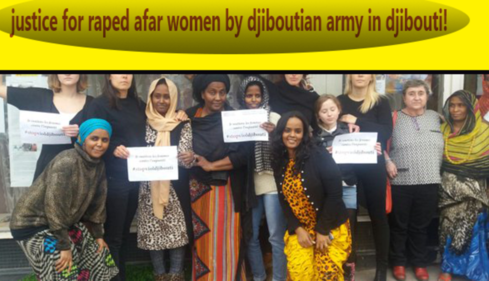 Stop raping and bring justice for the Afar women in DIjibouti!

Stop raping and bring justice for the Afar women in DIjibouti!

Raping and killing of the Afar women become normal and part of the daily tasks of the Djibouti military officials and armed forces. They have been using rape as a systematic and most potent weapon to terrorise and dehumanise the indigenous Afars since 1993. more than 246 Afar women were raped and killed so far and No one persecuted and held accountable so far. And every member of the Djbouti military is being encouraged to rape the Afar women. Right now, the Innocent and weak Afar women is being raped by armed government forces in Djibouti! We urge an international community and UN to take our deep concerns and stop human rights violations being perpetrated by the armed government forces.