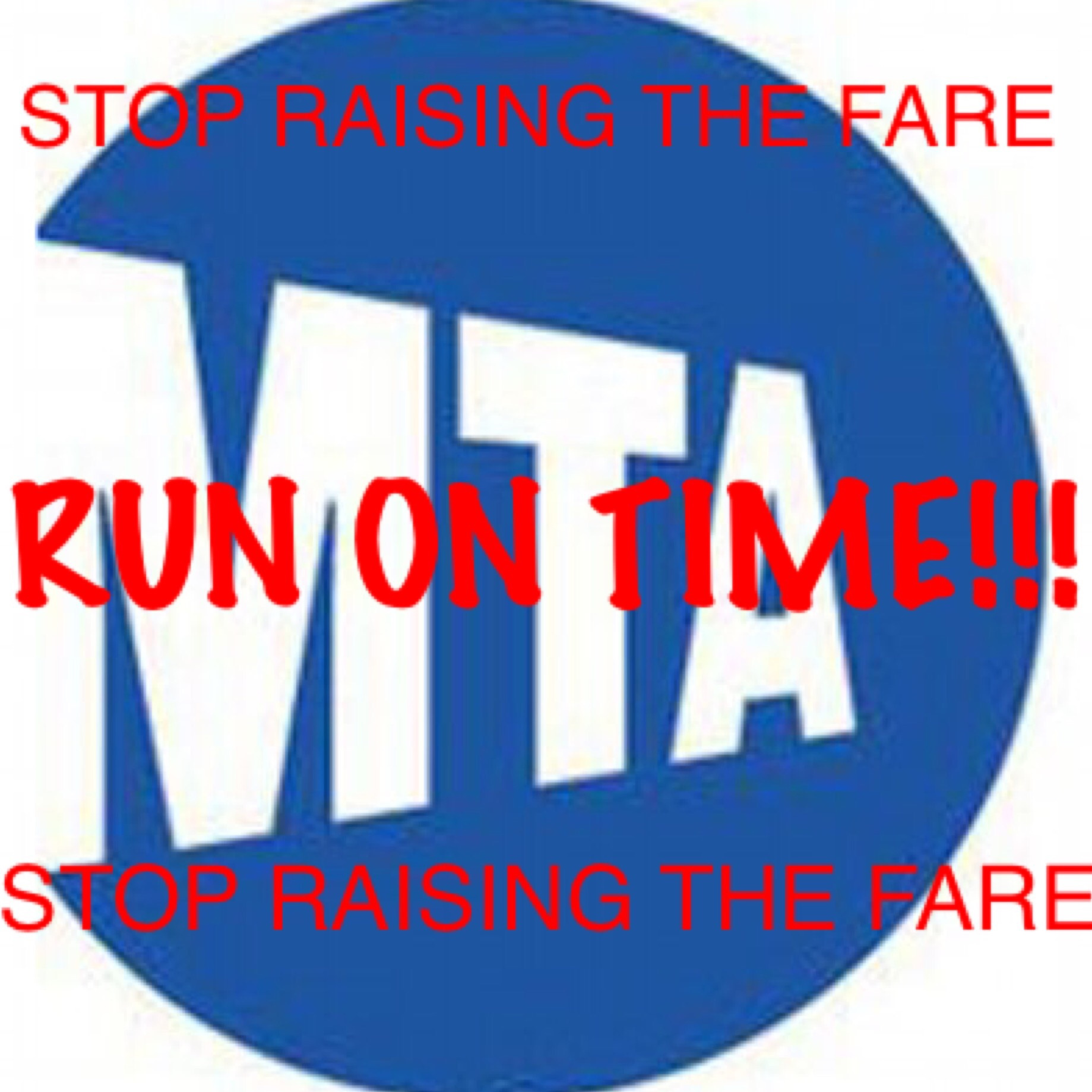 How many times have we found ourselves late for work, school, or anywhere important, because of MTA How many of us had to send in our metro cards because suddenly after we've already ADDED the fare it was taken on the subway or bus with these fragmented turnstiles, how many times were we in a position of dealing with a nasty mta employee, how many times were we stuck under or above ground for over 20 minutes because of "train traffic", "a sick passenger" the list goes on! This is unfair to us daily commuters! The fares are going up, but there are no changes! I am sick and tired of traveling over 3 hours to a location which it should only take about 45 minutes to an hour! DAILY! This has to stop! They raise the fair we boycott mta transit & buses! The amount of money wasted is absurd!