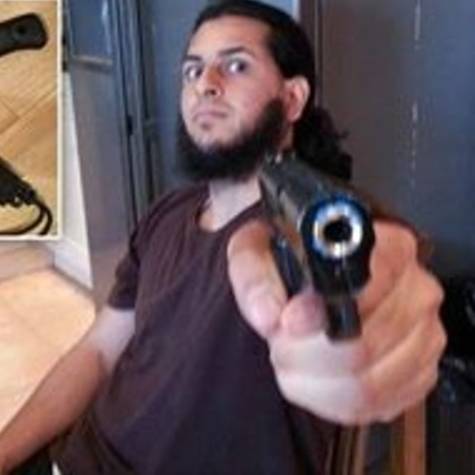 
Proposal:
Refinement or clarification of Amendment 1, this was divinely inspired during payer as a way to bullet proof the constitution from Radical Islam/Sharia Law, by adding this simple and short verbiage:

Freedom of religion: unless it is in stark opposition to our founding principles and/or hold values which propose conflict, inflict damage, or fundamentally try to destroy the fabric of our society.

*Note Islam would have to be defined as a religion first. Or it would have to state: “Freedom from religion, social order, or ideology”.

I understand this is treading on dangerous ground with the Constitution, but God has placed a sense of urgency on this matter in my heart, and those were the words that came to me. Failure to act now, and decisively will lead to the eventual failure of peaceful inclusion of Islam.

Muslims are becoming a major influence, and eventually will be a majority in our country; by procreation with multiple wives, and immigration. It is just a matter of time before we have elected Muslims running our country who desire Sharia Law, as London is looking at its first Muslim Mayor.

Don’t be deceived, Islam is not a religion, but a repressive ideological social political system disguised as a religion, with the ultimate goal of establishing a Caliphate.

Legislation must be put forward that will protect us against the ills of Radical Islam which is spreading quickly in the United States. Case in point the Mega Mosque in Maryland with unground training facilities (see links below).

Goal of "Civilization Jihad" is to take over the political system placing Muslims in power (London 1st Muslim Mayor), teach Islam in schools (already done via common core), while delegitimizing other religions, increase population via reproduction of Muslims (Multiple wives and children) while decreasing American population via legitimizing (abortion, gay, transgender agenda), and finally use our own laws against us (First Amendment) as excuse not to criticize a Muslim, as political correctness labeled one a Xenophobe, or islamophobe. Ultimate goal is to institute Sharia Law.

An Explanatory Memorandum: On the General Strategic Goal for the Group
Document states that the purpose of the Muslim Brotherhood in North America is “a Civilization-Jihadist Process” and they are conducting a “grand jihad in eliminating and destroying Western civilization from within and ‘sabotaging’ its miserable house by their hands and the hands of the believers so that it is eliminated.”

The term “civilization jihad” is our enemy’s own name for efforts to subvert our society from within using the very freedoms they will then take away.