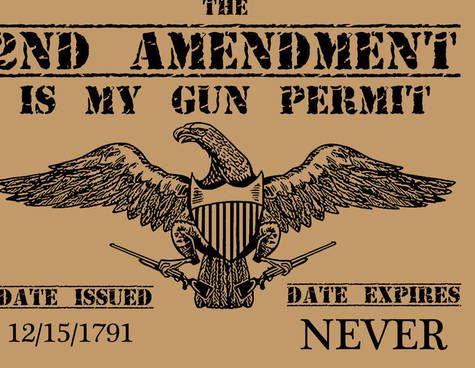 The right to keep and bear arms is protected in the Second Amendment to the United States Constitution, which reads: " A well regulated militia, being necessary to the security of a free state, the right of the people to keep and bear arms, shall not be infringed". Well that's exactly what President Obama is trying to do.

On June 17, 2016 President Obama announced that he will be issuing an Executive Order Banning Firearm Sales in the United States. President Obama said, "Let me be clear, we're not taking away anyone's gun here. This is about keeping weapons out of the hands of dangerous people."

He also explains that under the new law Americans who were once eligible to acquire firearms through legal means are still able to do so but must manufacture the weapon themselves. "If you absolutely have to have a gun, I have no doubt you'll find some way to build it yourself," Obama said, continuing, "It's what the Founding Father's did, it's what the Minutemen did, and as a student of Constitutional law, I believe there is little doubt that this is what they intended when they penned the constitution."

Bureau of Alcohol, Tobacco, Firearms, and Explosives director, Thomas E. Brandon, further explained the guidelines for manufacturing homemade firearms, saying, “Prior to assembly, [individuals] must notify the BATF of their intent to manufacture such a firearm. Under the National Firearms Act you will be subjected to a mandatory $200 tax, applicable for each firearm you create,” Brandon explained. “This applies to even the most rudimentary rifles, pistols, and shotguns; anything that fires a projectile is subject to NFA guidelines.”

The President is trying everything he can to take away our Constitutional rights. We CAN NOT let this happen. Please sign this petition to show the President that we will not stand by and let him take anything away from us.

The Second Amendment was based partially on the right to keep and bear arms in English common law and was influenced by the English Bill of Rights of 1689. Sir William Blackstone described this right as an auxiliary right, supporting the natural rights of self-defense, resistance to oppression, and the civic duty to act in concert in defense of the State.

We must learn from history, not just our history but history around the world. Here are some examples of what happens when Governments take guns from their people:

Those are just a few, and there are many, many more. Each one could have been prevented or at least a lot less murdered if they had weapons. Nothing good will come from them taking our firearms. I understand that the President says that we can keep the firearms that we have, but we just can't buy more. How long do you think it will be before he demands the ones we already own. He also says it's to get guns out of the hands of dangerous people, but my guess is they already have them or can make them.

Please sign this petition and send it around so we can save our Second Amendment!