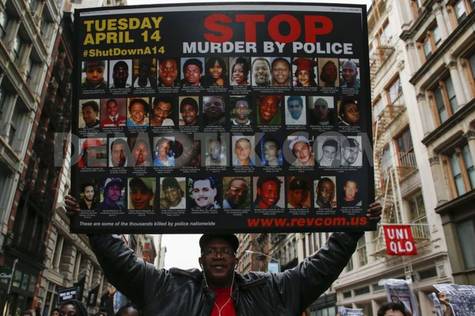 "Every 8 hours a police officer kills an american citizen!” So far this year alone 1,133 americans were killed by a Police officer. The two hardest things to be in America are being a police officer and being a minority. Some policemen are praised for their showmanship whether it be done correctly with or without fatalities. A Police Officer is "a person whose job is to enforce laws, investigate crimes, and make arrests, they are the peace keepers of society” in other words they are suppose to protect and guide us the right way. Officers aren't supposed to act as if they’re above the citizens and the laws that they are made to enforce. If Your Job Is To Enforce Law And Protect/Serve Citizens, You Not Only Should Be Trained To Shoot To Kill, but your main focus should be to wound or immobilized . The victims that have died in the past few years could've lived with just a wound in an area less fatal and likely to cause death.