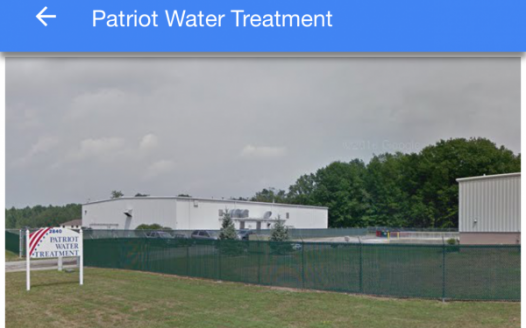 This petition is being created to collect individuals names and businesses who have been affected by this smell. We would like to file a class action lawsuit against Patriot Water Treatment Facility. The names will be sent to the city and a designated lawyer who will represent us.

WARREN — Patriot Water has been identified as the source of the molecule causing a foul odor in some of the city’s northern neighborhoods, according to Water Pollution Control Director Ed Haller.

“We were able to trace the odor to Patriot Water by following it to the area where it was the greatest,” Haller said.

The molecule causing the bad odor has been identified as dimethyl disulfide, which produces a strong garlic-like odor when the water in which it is located is agitated.

The Patriot Water treatment plant, 2840 Sferra Boulevard, treats light total dissolved solids in water used in natural gas and oil drilling that could not be practically reused and should not be injected into deep wells, according to its website.

However, Haller said since the decline of the natural gas drilling industry in northeast Ohio, Patriot has taken in contracts to process polluted water from other industries. The polluted water is sent to Patriot Water to reduce the amounts of solids in them before they are sent to Warren’s Water Pollution Control department for further cleaning.

Patriot officials months earlier would not give city officials access to the raw materials being treated at the plant because company officials believed the disclosures would place them at a competitive disadvantage, Haller said.

However, Haller said the company’s refusal to turn over a list of their raw materials was not related to the investigation of this odor.

Councilman Eddie Colbert, D-at large, said it is unacceptable for a company not to cooperate with the city’s effort to determine the cause of an odor that has driven residents from their homes and forced companies to temporarily close.

“People have spent hundreds of dollars of their own money in an attempt to solve a problem that apparently has been caused by this company,” Colbert said.

“Other area companies have shut down their operation due to the heavy odors,” Novak said.

Council President Jim Graham said residents and businesses that have spent money to make repairs to alleviate the odor coming into their homes and business may have to file a class action suit to recover their losses.

The city’s Water Pollution Control Department sought for several weeks to take samples from inside Patriot’s plant to find out if the discharge levels were matching what they city had already found outside the facility, Haller said. However, anytime one of the city workers was ready to take samples, the company would say they were not discharging from the plant at that time.

It was an analysis of materials emailed to the city by Patriot Water that convinced Haller on Wednesday to identify it as the primary source of the chemical.

Patriot Water has been working to reduce the odor by mixing in a combination of peroxide and chlorine bleach, Haller said. The amount of dimethyl disulfide found in Warren’s sewer system has not been sufficient enough to cause harm to residents, he said.

Haller said the department is working to purchase an analyzer designed to monitor the level of dimethyl disulfide.