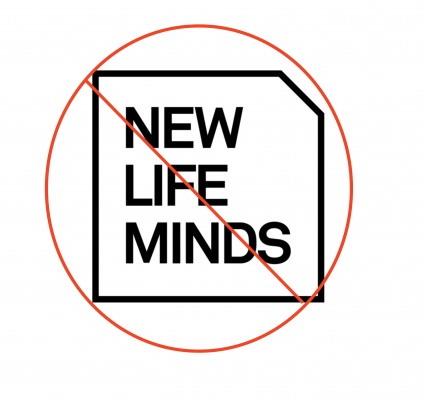 Dear questioner. Welcome to the search party. I appreciate your effort, in these times of bonkers conspiracy-theories, when a segment of the population creates its own fairytales and tries to bring them into the world, instead of looking at the apparent facts about the global financial elites and surveillance capitalism.

I am making this video to sound the alarm about yet another shady tech company, merging big pharma with big data. A company you most likely have never heard of, but one that might very soon have a devastating impact on your life.

The company doesn't have anywhere near the same kind of capital or high profile as Neuralink, Elon Musk´s brainchild, but it is on a very similar trajectory aiming to develop artificial general intelligence for brain implants with nano-technology. The brain implant is called InGrain and is already being tested on humans.

Very little is known about the people running New Life Minds and even the founder and head scientist Al-Hassani seems very media shy. The company is based in the US and Germany. Employees are made to sign crazy non-disclosure-agreements and there are reports of cult like behaviour within the company.

Well why should you care? You are most likely not interested in getting a brain implant, it's not a public company and you are probably not an investor.

Here is why: The ongoing pandem

ic has created a perfect storm for rushing dangerous products to market, under the guise of fighting Covid-19. Like many companies in the medical sector New Life Minds has turned its attention in this direction and have launched a new product.

CoVital is a skin implant which by the looks of it is aimed at mass injection of the general population, controlling movement, body temperature and god knows what else

Have a look for yourself:

The people behind New Life Minds are not kids in the start-up game. They are very influential people with contacts in the highest places. By the looks of it, the deals have already been struck and New LIfe Minds is already disseminating CoVital.

There is a parasitical element to the implant and all the information it gathers is stored both with the company and its customers, which may include authoritarian regimes and global companies.

I have insider information and I cannot even begin to explain how dangerous it would be if the wettest dreams of the people in charge of New Life Minds come true. They have no regard for your privacy and see users as potential candidates for remote mind controlling with continued product development. Where this path ends, my darkest imagination cannot tell.

These people must be stopped. New Life Minds is a global threat! Please sign my petition.