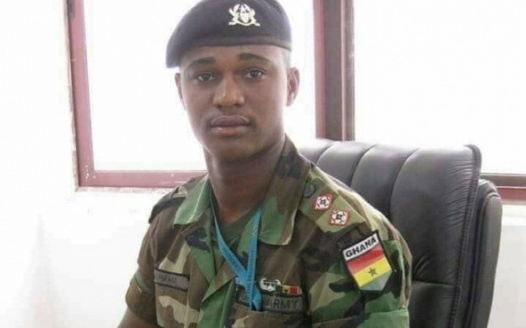 Following the tragic lynching and murder of Major Maxwell Adams Mahama at Denkyira Obuasi in Ghana on the 29th of May 2017, it has become abundantly clear that the greatest failure of the Ghanaian state is that it has acquiesced in abiding a system of lawlessness and disorder which allows individuals to take the Law into their own hands.

This deeply repugnant system serves to subtly but surely destabilize the social fabric of Ghana, it constantly places innocent lives at risk and it undermines the effective operation of the rule of Law in our country.

This petition calls on the Government of Ghana, its Parliament, its Judiciary, the Police, all Political Parties, and the entirety of the Political class in Ghana to strengthen their efforts in addressing the issue of mob injustice in Ghana.

We demand that our Laws be enforced ruthlessly and strictly, and that our security services be given additional resources to intensify and strengthen their response to lawless acts and crime. We demand increased numbers of police men and women on our streets, with increased resources, ensuring the safety of the public - we would like to see within Ghana, a judiciary that delivers justice by punishing crime and lawlessness swiftly and rightly - and we would like to see and feel, the presence of a significant state of deterrence which causes individuals to think twice before taking the Law into their own hands. Put simply, we want public confidence restored back into our criminal justice system.

We encourage you to sign this petition if you want our children to live in a safer Ghana where their lives are not cut short merely because someone passing them by on the street points towards them and screams "thief" or "armed robber." Sign this petition if you believe we need a stronger criminal justice system which deters mob injustice.

We owe it to Major Mahama, and to all those we have lost to senseless acts of mob injustice, to seek a better country. Major Mahama lost his life because the country he had dedicated himself to protect failed to protect him at a time when he was at his most vulnerable. We must resolve that we will not allow this system of lawlessness and disorder to continue. In this determination, it is not enough for us to only hope - we must test our hopes with action.

The road to change is long, but it always begins with a single step - and this petition is that single step with which we intend to send a loud and clear message to the political class in which we say; we demand more action to help stop mob injustice. For if Ghana cannot, at the very least, maintain a system of Law which protects our most vulnerable, and keeps innocents lives safe, then what other justification can be cited for this nation's existence?

So stand up and let your voice be heard - exercise your citizenry powers - sign this petition - share it with your friends and family - do your part to help stop mob injustice out of Ghana - for Major Mahama, for everyone else that we have lost through such barbaric acts - and for a safer Ghana.

"The only thing necessary for the triumph of evil is for good men to do nothing." - Edmund Burke