Thousands of train passengers have been summoned to court by Merseyrail for breaking a bye law from 1889. Passengers are read their rights, often while being filmed by Merseyrail's enforcement officers and are asked to give up their personal details. Weeks later they receive a letter which summons them to court to face fines of up to £1000 plus court fees and a criminal record.

The alleged crime? Resting their feet on the seat opposite them.

Merseyrail are the only rail operator in the world to uphold this 123 year old bye law in such a way. Magistrates have described their actions as draconian, particularly as many of the accused passengers are young people without any prior convictions. If found guilty, a criminal record would be detrimental to their careers.

Despite fierce opposition from magistrates and passengers, Merseyrail remain defiant and continue to prosecute every day. Merseyrail have already taken tens of thousands of pounds from passengers as out of court settlements.

These passengers are not criminals, we don't condone putting your feet on train seats, we just feel that threatening people with large fines and criminal records is grossly unfair.

We're asking Merseytravel chairman Liam Robinson (below) to abandon this campaign of prosecution and move to a more flexible and fair policy for keeping trains clean and comfortable. 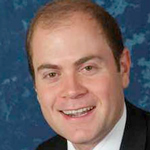