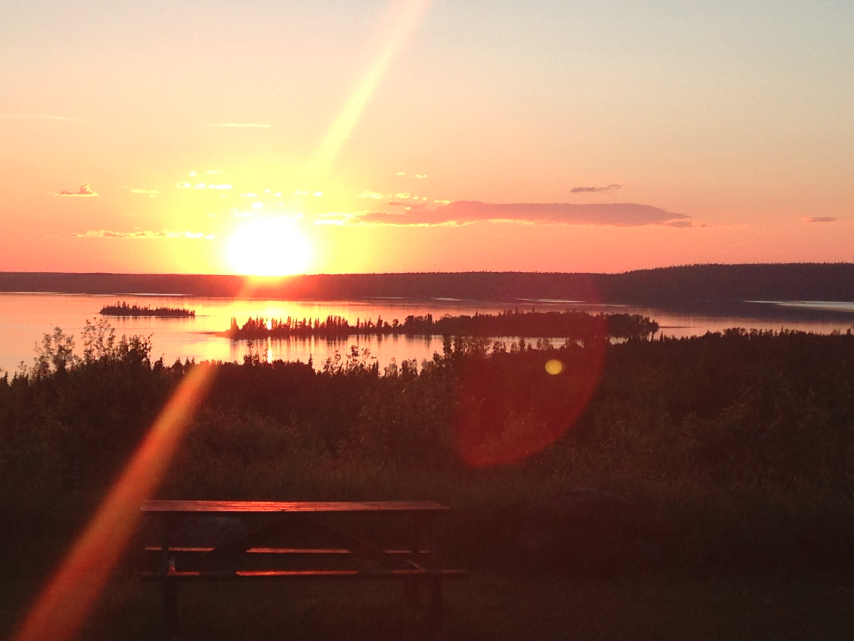 As many of you know, Sakaw Askiy Management Inc. ("Sakaw") proposes to cut significant portions of the forest on Michel Point and near the Dore Lake Hamlet in 2016-2017. Specifically, they are seeking approval to cut 90-95% of the trees in nine cut-blocks (the "CutZone").

The Cut Zone would encompass both sides of long stretches of the Michel Point Road and the top and back (West) side of Tower Hill nearly to the shoreline. It would come within two kilometres of Camp Carmel and within one kilometre of Tower Beach.

The effect of these operations would be devastating. The cleared areas would be visible from the road, lookout point, and lake, and would affect all residents, visitors, tourists and business owners in the area. The following is a list of our primary concerns:

2) Proximity of the Cut Zone to Cabins, and Visibility: Sakaw proposes to operate within a kilometer of cabins. Further, Tower Hill is a prominent geographical feature and popular destination for hikers and bikers. The deforestation on Tower Hill will be widely visible.

3) Destruction of Historical and Recreational Trails: The area boasts an impressive network of historical and recreational trails that have been diligently maintained by locals for generations. The proposed operations would ruin the trails, and potentially interfere with memorial sites and hunter trap lines.

4) Harm to the Local Tourism Industry: The logging would almost certainly interfere with commercial interests at Michel Point and the surrounding area. It would negatively affect the natural beauty of the area, and the loss of the trails would be widely felt.

5) Destruction of Michel Point's only Birch Tree Population, and Boreal Forest: Since Sakaw began operating in 2010, it has harvested the mature forests in the Dore Lake area intensely and disproportionately, due to the proximity to the Meadow Lake and Big River pulp mills. Mature forest is important to many animal and plant species, and Sakaw should not be allowed to deplete the mature forest to this degree in any area.

6)Declining Real Estate Values: The destruction of the roads, noise of the clear cutting, compromised views, demolished historical and recreational trails, and potentially unsafe driving conditions could all operate to lessen property values in the area.

A group of concerned individuals are vigorously opposing the Sakaw operations, and our goal is to prevent any logging operations on Michel Point, and off the Michel Point Road.

What you can do:

Right now we are asking people to sign the online petition, like our facebook page https://www.facebook.com/michelpointSK, find us on twitter @michelpointSK,and to invite friends/family etc. to do the same. Please be in touch if you have any comments, or would like to participate in our endeavours.

For many of you, this is not the first time you have fought this fight. We want to thank everyone who has worked to preserve Michel Point in the past, and to ask that you please consider providing any information, documents, and advice with us as we take up the torch.