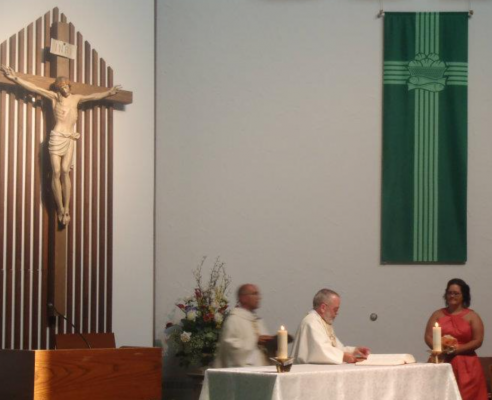 Ontario schools' advertising are publicly being made mandatory their stance and forced support of the so-called "Pride month" or "LGBTQ+ month". The province, ignoring the philosophies and religious objections of many of their population, are posting large signs and posters stating, "Celebrate Pride" in every hallway and office. The signs and poster letters are placed in the background of an array of colors most-likely representing the pride rainbow flag.

This flies in the face of our Judeo-Christian teachings as well as other world religions. For a nation to make such a bold stand in the face of many in the populace who do not celebrate nor encourage gay-pride month is an insult to those with alternative positions.

To openly advertise such a divisive ideology should not be the work or goal of Canada. Such would be the same for almost any other major political or ideological movement. Although many who disagree with such a lifestyle would never think to harass, intimidate, or harm any member of the LGBTQ+ community; it should be noted that condemning the flaunting of such a lifestyle is not violence or harassment. Instead it is a call for general decency and some political neutrality in regards to displays created by elected officials and made with tax dollars.

Furthermore the display is offensive in that:

We call upon the Province of Ontario to end the public support of "Pride Month" by removing every sign and poster and top forcing teachers such as myself to abide by obnoxious pronouns.

Gender is binary and thats the end of it.