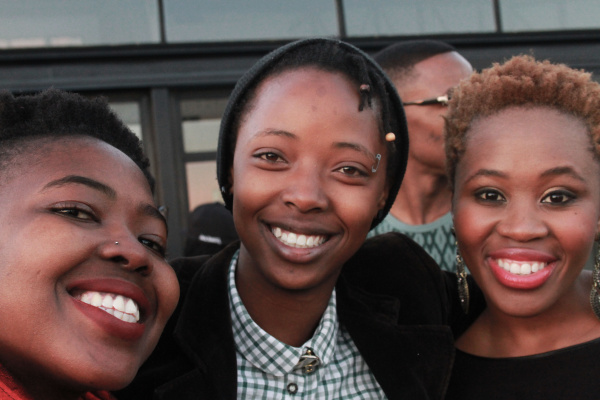 More than half (55%) of lesbian‚ gay‚ bisexual and transgender (LGBT) South Africans fear they will experience discrimination due to their sexual orientation or gender identity‚ a groundbreaking new report has revealed.

Some 44% of those surveyed said they had indeed experienced discrimination in their everyday life‚ due to their LGBT status‚ in the past two years.

'White' Joburg gay pride bashed as frivolous Johannesburg Pride has become an elite "celebration of whiteness and freedom" while gay people living in townships continue to be persecuted.

40% of South Africans say they don't know any gay or lesbian people - surveyMore than 50% of all South Africans believe that homosexual people should have the same human rights as other citizens‚ despite more than 70% feeling that same-sex sexual activity is ‘morally wrong’.

A total of 2‚130 South Africans participated in the online study‚ which is believed to be the first-ever national research on LGBT discrimination and hate crimes.

Among the most troubling findings are that discrimination levels in schools are extremely high: 56% aged 24 years or younger indicated they had experienced discrimination based on their LGBT status in school.

We need effective prevention and responses to hate crimes. We also need a support system for victims of abuse, and we need a system that will support families of slain victims of hate crimes.

Walk around Johannesburg with your partner for a day, and you will find that you will either be: attacked, ridiculed and verbally or physically abused in public.

Justice must prevail and something needs to be done about our safety as black queers in South Africa.