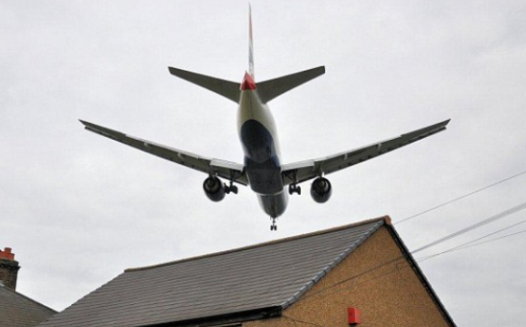 Six months ago, as part of its efforts to “enhance the safety and efficiency” of the nation's airspace, the FAA threw several thousand Newport Beach residents under the bus.

In its environmental assessment of Metroplex, the FAA stated the changes would cause “no significant impacts” to surrounding areas. However, as thousands of Newport Beach residents know all too well, the impacts have been horrendous, with debilitating increases in noise and jet fuel pollution, decreases in property values, and concurrent threats to our health, our safety, our environment and our peace of mind.

The City of Newport Beach has challenged the FAA's “no significant impacts” finding, and has been negotiating with the FAA since 2013 to develop a departure path that would keep planes over the water, not our homes. Neither effort has produced concrete results and more and more departing planes are shortcutting over our neighborhoods rather than staying over the bay.

Commercial airlines currently flying out of JWA include Alaska, American, Delta, Frontier, Southwest, United and WestJet; many no longer use the voluntary noise abatement measures that previously mitigated the roar of departing planes. However all of these airlines – without needing FAA approval – are free to re-implement these procedures and/or take off at higher altitudes if they choose to do so.

We ask the FAA, the airlines, and our city and county officials to do the right thing and take whatever measures are necessary – separately or in tandem – to get the planes back over the water where they belong. Specifically:

To the FAA: Admit that your “no significant impacts” finding is simply not true. Move the first left turn after takeoff to its previous location further down the bay and adjust departure routes so planes are over the water – not our homes – until reaching the coastline.

To the city/county: Stop telling us to “be patient” while you negotiate/mediate with the FAA and show us some concrete results of the work we are told is being done on our behalf.

Newport Beach residents stand united in demanding that the FAA, the airlines and city/county officials acknowledge our concerns and take the immediate and concrete steps required to restore our peace of mind and quality of life.