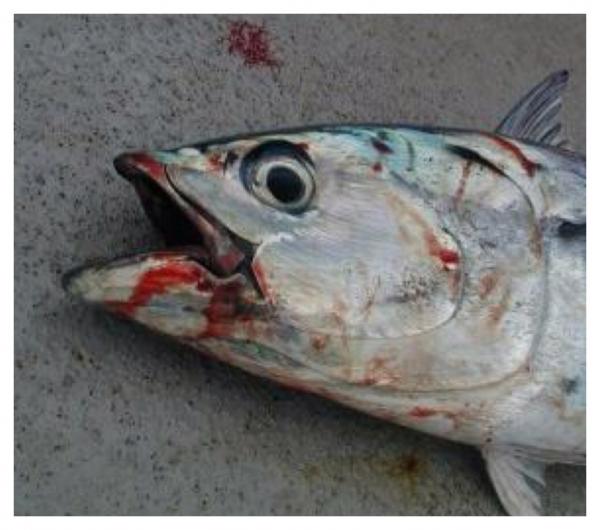 REVERSE POLICY DECISION. WHY IT IS NOW FATAL TO MANUFACTURE RED & ORANGE PLASTIC

Send a clear message to companies such as Sainsbury supermarket in the UK and other plastic manufactures alerting them to the dangers of manufacturing orange and red plastic products of all kind in their merchandise. Please read on, sign for and share with as many as you can via facebook and other social media sites if you agree.

Ocean fish, other marine animals and sea birds are naturally attracted to and will eat anything of a red or orange nature, be that of plastic or otherwise..

Due to man made and natural disasters this has now reached unprecedented levels of danger for all species worldwide. If you are UK based, this petition will quickly become apparent. Companies such as J Sainsbury use the colour orange here for all of their disposable plastic bags and own brand packaging, inspite of having seemingly sound policy regarding the environment. Contact them to start with and see if we and they can all spread the word.

The Sainsburys carrier and the Toxic soup once known as the Pacific.

A petition of change for the attention of:

(At J. Sainsbury) the scale of our business means we can make a massive difference by ensuring respect for our environment is embedded in our decision making. We aim to be the UK’s greenest grocer and look to act sustainably, address climate change and conserve resources. Our focus is not simply on reducing our impact on the environment but on having a net positive effect including using our leadership position to engage our suppliers and others to do the same.

Help them achieve this goal. Reverse a branding decision.

The website for J.Sainsbury plc hosts a whole selection of very good policies regarding their commitment to the environment, recycling and sustainability. There is however one major aspect probably totally unknown to them and most of us at this present moment in time, which is of the utmost importance, over riding any other concern. The colour of their plastic bags and packaging: ORANGE.

Over the last few years, more and more documentary and scientific evidence has emerged pin pointing the huge ‘Garbage Island’ in the Pacific ocean known as the North Pacific Gyre, and estimated to be the size of Texas. This is the result according to the US Academy of Sciences in 1997 of the systematic dumping of ‘marine waste’ into the oceans worldwide of approximately 6.4 million tons a year.

Colour coding, the biodegradable argument and the introduction of poisoned plastic into the food chain.

Reference: You tube Garbage Island: An Ocean Full of Plastic

Popular notion would have you believe that biodegradable plastic products aim to help the environment. This according to the above documentary is in fact totally not the case, particularly when this type of plastic is broken down in sea water. Once plastic is broken down in molecular size to that of plankton food, it enters the food chain proper. Because of its structure, the plastic can then act as a kind of sponge for chemical components called Persistent Organic Pollutants (POP’s). This is a term for particularly nasty chemicals such as DDT and pesticides, that are actually pretty common in our ocean water, but once plastic is introduced into the mix, this soaks up these toxins, basted them therefore in poisonous chemicals. It is important to note here that the above You tube documentary was filmed a few years prior to the Fukoshima disaster scaling Chernobyl into long term possible insignificance.

Colour coding: Probably the most important mention deemed whilst watching this documentary was a total lack of any red and orange particles of plastic taken in any of the sample skimmed from the pollutant waste from 'Garbage Island'. There was and is a very simple explanation for this and the whole crux and debate of this argument - Colour perception and the identification of food.

To slow down or halt the problem of this behaviour getting directly into the food chain, colourants such as red and orange should be avoided where ever possible. It should be noted that hugely responsible companies such as J Sainsbury are not responsible for the behaviour of their customers. The aim here is to create some kind of balance and awareness reaching status quo in a problem faced and needs to be addressed.

Polycarbonate plastic has a chemical called Bisphenol – A in its structure which leaches into the water causing reproductive harm and other defects. For instance, one out of every four male swordfish analysed in the Mediterranean are producing through oestrogen female egg yolk hormone as a result of this, simply put a huge interference with their genetics. In humans, where fish is the staple diet such as with Eskimos, women are now suffering problems of toxic milk being fed to their babies and are now being asked to use formula milk instead. Over time fewer and smaller males will and are being produced which ultimately at such a time that it is conceivable, result in huge population crashes. This is particularly relevant to all sexually reproductive species on the planet, including us as human beings. A slow extinction.

From one country alone, The British Government's Waste and Resources Action Programme (WRAP) show figures that UK households waste around 7.2 million tonnes of food and drink every single year, most of which could have been eaten, costing families up to £50 every single month. How many irresponsibly discarded bags, wrappers, plastic bottle tops etc dumped into our oceans does this equate too?