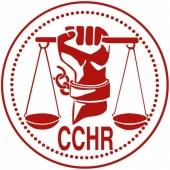 While more work needs to be done to protect children and restore parental rights in Florida under the mental health law called the Baker Act, during the 2017 legislative session Florida lawmakers made a significant change to the law.

Florida Statute 394.463 was amended so that the examination period for a minor is reduced from 72 hours to 12 hours.

Thank you to everyone who signed this petition!

In Florida, CHILDREN may be removed from school, transported to a psychiatric facility and held for up to 72 hours WITHOUT PARENTAL CONSENT!

School personnel or the school resource officer have the legal right to remove a child from school grounds, without parental permission or knowledge, and send them to a psychiatric facility for examination if they feel the child meets the criteria laid out in state law. They are only required to inform parents AFTER they have initiated involuntary examinations and transported the child to a psychiatric ward.

During fiscal year 2015-2016, 32,475 children were sent for involuntary psychiatric examination.

However, this law also states that a person, including a child, can only be examined if "Without care or treatment, the person is likely to suffer from neglect or refuse to care for himself or herself; such neglect or refusal poses a real and present threat of substantial harm to his or her well-being; and it is not apparent that such harm may be avoided through the help of willing family members or friends or the provision of other services."

Based on this provision under the law this petition is demanding that:

1) Parents or legal guardians are notified immediately by the school officials (not the police) BEFORE the police are contacted. No involuntary examination may be initiated without the parent first being given the right to refuse voluntary treatment

2) Parents or legal guardians are told to come to their child's school immediately and given information on the situation. If no contact at first call - all emergency numbers for the child are called until someone is reached

3) At NO time is a child removed from school premises without parental knowledge. Parents or legal guardians are to be given the option to take full responsibility for their child and work with the school and police to calm the situation down