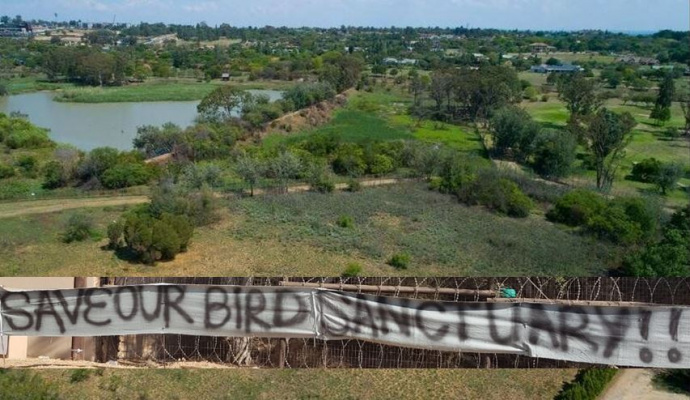 711 people have signed this petition. Add your name now!

As residents of Kyalami – we have had enough.

Beaulieu residents are taking to the street to protest the construction of a sewer line without appropriate authorisations. Primary school children saw their parents standing up for the environment – their future.

What message are developers and the City sending – that profit matters more than a healthy environment?

Students protested in 2008 against the construction of a shopping centre in an equestrian suburb where you see horses ridden in the streets. That development was approved whilst no need was proven (as required by legislation). There were already plenty of shops within the immediate area. Residents were proved correct - that centre is struggling, as are the others in the vicinity. The centre’s infrastructure is now being used by speculators to motivate development outside the Urban Development Boundary in agricultural areas. Your policy clearly states the City can’t afford to extend services into these areas.

These agricultural suburbs employ thousands of people and contain wetlands and endangered species that residents and the Conservancy are working to protect. They attract tourists and sportsmen from around the world.

The shopping centre was built despite protests, requiring a new sewer line through wetlands and a proclaimed nature reserve. Within 18 months of operation two major spills sent raw sewage into the Bird Sanctuary. That pipeline was constructed and is still operating while under appeal at the Department of Water Affairs. Now the City, as the beneficiary of this pipeline, is allowing construction of a new section, without a license and in defiance of a letter from the Provincial authority to stop. Residents are forced to go to court to enforce laws; to oppose the very departments that are supposed to act in their interest. There is no due diligence from the City.

The City recognises this area, also known as the Greater Kyalami Conservancy as a Green Zone in your SDF. You say you recognise the importance of ecological areas yet your actions contradict this.

Buildings are approved by your department within wetlands and contrary to national laws. Developments go up without approved building plans and are not stopped. After they are built, you approve these developments and condone the contraventions. You refuse to consider new off grid technologies that are good for the environment – and save water. Often when residents object they are excluded from proceedings.

Our environment is being destroyed at a rapid rate for the profit of a few at the expense of the many. Developments can and should happen without breaking the law and ruining the environment. A ruined environment will be a cost for our future generations. You were elected to represent the residents of Joburg. You have a duty to uphold our Constitutional right to a healthy and safe environment. We are calling you to account. We request you come to Kyalami to see the destruction for yourself – after all it is your decisions that have enabled this.

Residents of the Greater Kyalami area and the associations listed below: