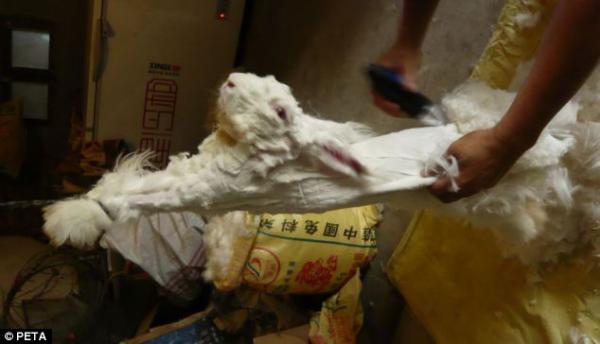 The Daily Mirror recently ran a story after PETA release video footage secretly shot on a Chinese Angora Farm. It shows rabbits living in unsanitary conditions and every few months they are taken from their cages tied down and have the fur ripped from their bodies whilst they scream in pain. ASOS, Gap, Marks and Spencer have banned Chinese Angora. John Lewis are still selling it. Please sign the petition for UK retailers to stop selling Angora from China and the government to halt the import of Chinese products made using cruel practices.