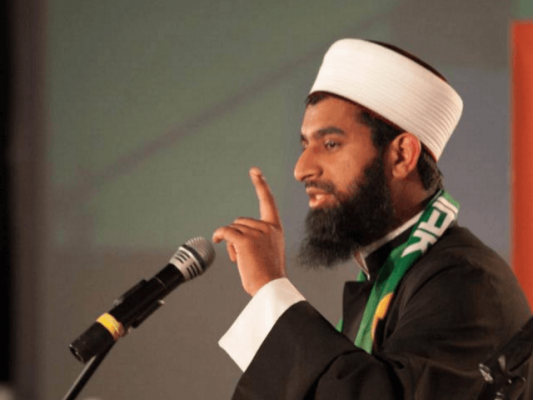 Stop Imam Asim Hussain From Retreating As A Imam

For many of you that are not sure of whats happening.

Imam Asim Hussain From Bradford was in the limelight for personal and private affairs that took place couple of years ago however some individuals decided to bring this matter to the public to tarnish the reputation of Imam Asim Hussain.

Imam Asim has sincerely repented from this but certain individuals who feel they have the authorities to strip the title of Imamat from him but we know that this incident should not be the means to be the reason why the Imamat should be stripped from him despite the fact he has helped many youngsters come off the wrong path and connect themselves to the religion of Islam. This is why this petition is made to show Imam Asim Hussain that he is still worthy of being an Imam after he has sincerely aplogised, we hate the sin and not the sinner.

Please help us stop this

It is with great sadness I write this for you all to read, for a very long time now I have been in a battle that none of you can see but I'm sure many of you face. It's took me a lot of courage to write this down and share with you all. I will start from the beginning how my journey on this path started.

I was around 15/16 when I decided to become a student of sacred knowledge. I left my home town of Bradford with the intention of seeking knowledge and becoming a better person. I till then was someone who spent time in state school education and grew up on the streets. The influence of the street was heavy on me but my mother always tried to keep me away. After studying a few years, I was thrusted into the field of being an imam. It was one of the most difficult steps for me to take, as i'd only just studied a few years and now I had to carry a huge responsibility which I must now admit, I wasn't ready and certainly not fully trained for. It was like throwing a small fish in to the ocean and expecting it come out as a shark. It was challenging and difficult to say the least.

The biggest challenge I've found over the years is this constant battle between my personal life and public life (the Imam). Amongst the challenges I have been facing were; a crossfire between being a young man wanting to live the life and being an Imam. It was hard to be myself and be an Imam, I would do many things that were contradictory to my position. People would hold me in high esteem yet very few knew the challenges I faced, a constant internal battle between my Imān and nafs, the struggles of being human and being an Imam. I don't write any of this in vain or ungratefully as ultimately it was the decree of Allah, choices I made, my mothers duas and the efforts of sincere people around me that I am in the position I am in, but this is an honest reflection of how difficult it's been for me.

I started public speaking at a very young age, Allah blessed me with an ability to speak to people and explain Islam to them. For years now I have preached and lectured but on occasions did I ever listen to what I was saying. This is normal for speakers, as it's easier telling others what to do and how to be and harder telling yourself. The more I've grown in the field the more this has become apparent to me. I've had the privilege of travelling around the world and delivering talks, why lie, it's been awesome to travel and speak on Islam. From the moment I started speaking publicly in 2009 the social media following grew and I've become social media famous, at times I've took advantage of it. These are faults of mine and no one else.

As I was growing in the field of being an Imam, the expectations and responsibility grew as well. People look at me and think I'm an angel, I'm perfect and sadly they expect no less. They think we imams are sinless and don't suffer from spiritual illnesses like a lot of people out there. I used to always get told, the same people that kiss your hands and talk highly of you are the same people that will disrespect and leave you. As I grow older these words have become a reality day by day. In today's day and age, it's very hard to find genuine sincere people who actually care for your state. Most people have ulterior motives when advising you and telling you how to be. I would say Allah blessed me a lot over the years and he has been so kind and generous to which I have no words of gratitude to express but Alhamdulilah. He gave me a position I'm not worthy of, a supportive family, respect, honour, livelihood, an Institute and so much more yet I've let people down and sadly I've let myself down. I've done sins I regret and I repent over.

After confessing the above, I know the answer to all of this lies in the following; firstly, to sincerely repent to Allah and ask him to forgive me for my sins. Secondly, i seek forgiveness from all those whom I have wronged. Thirdly, I have decided I will be retreating from my current responsibilities in this position to rectify my state, rebuild myself spiritually, mentally and return back to studying the Din. The most effective way for that to happen is to sit in the company of Allah's righteous servants, to go find them and learn from them.

To the people who look up to people like me in positions of authority please don’t be disheartened by what has happened. This religion of ours Islam is greater than any one person. I do not give this religion honour but it is this religion that gave me/us honour. I may have let many people down but blame me, don’t blame Islam, the Quran or our Prophet ﷺ. I will answer to Allah for my actions as you will for yours. He is the one who forgives even if a person sins over and over and asks for forgiveness, Allah will forgive, He is the most merciful, be those sins in private or in public, He is the most forgiving.

“And I leave my matter with Allah, indeed Allah sees everything” (Surah 49 v:24)

All I will request from whoever reads this is, make dua for this lost soul that I'm able to become a true servant of Allah and I can truly be what you perceive me to be. Allah bless you all always.