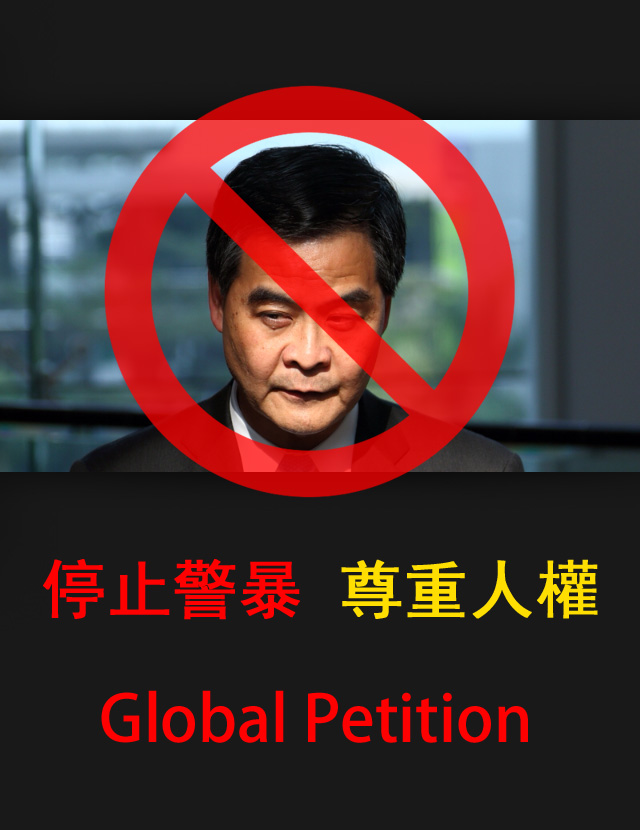 We, citizens of the global village, strongly denounce the violent and bloody police crackdown of the peaceful protest of Hong Kong students and citizens.

We demand that Hong Kong Chief Executive C.Y. Leung and his administration immediately cease any further police brutality and violence on the peaceful protesters.

Hong Kong is an international and metropolitan city that has long enjoyed world-class reputation as a civilized society. We believe that the Hong Kong Government should have the political courage to seek a peaceful resolution with the students and protestors in order to prevent further bloodshed.

Students have been on hunger strike for days with a single demand - to resume dialogue with the government. We cannot fathom why any government could be so cold-blooded and willing to do nothing proactive to intervene.

Police brutality is an abusive and violent act against humanity. We support to launch a campaign to declare Hong Kong’s Chief Executive C. Y. Leung and its Commissioner of Police Tsang Wai-Hung as persona non-grata in the international community.

The Whole World is Watching!