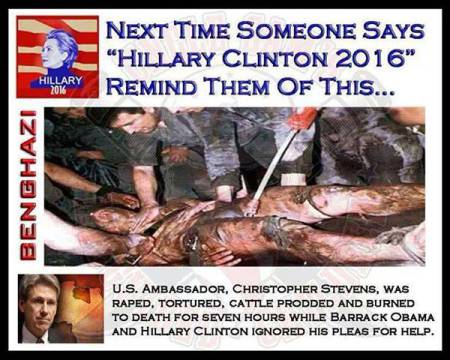 Stop Hillary from becoming the next President

We the people should take a stand. Making sure a person like Hillary don't get in office. Stand with me and others like me fighting to keep her out of office. I think the office needs someone head strong. Not someone that is going to lie and hide things from the government.We don't need any one in office that is Hot headed and ill tempered. We also don't need someone like an hypocrite that took Millions of dollars from a country that goes against the organization that they are founding. So stand with us to make sure that Hillary Clinton does not make it to the 2016 President... Say no to Hillary Say no to Hillary...