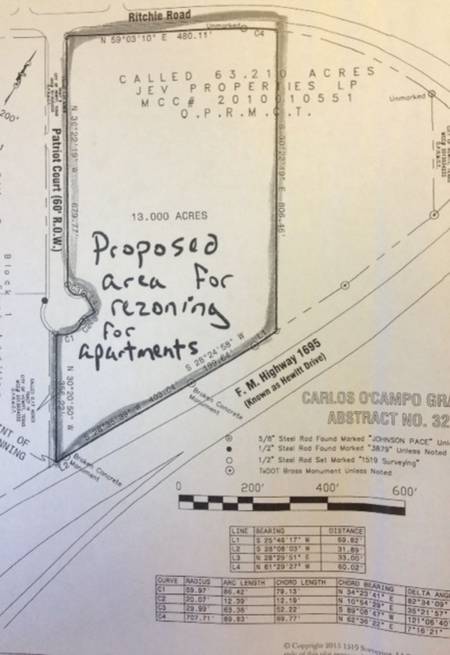 The Hewitt zoning commission recently approved the rezoning of the parcel of land between Ritchie Road and Hewitt Drive for an apartment complex. This petition is to STOP this re-zoning effort and to prevent its approval at city council. Our city council wants to do this in order to increase the tax base of Hewitt, but they are not considering the long-term best interests or property values of those in the surrounding areas, especially of those who live near the proposed site. These new apartments are being advertised as "luxury", but ultimately every apartment complex runs down and this will bring in undesired traffic and people who are not homeowners or concerned with the long-term best interests of the city. Apartment complexes are statistically proven to bring down property values in surrounding areas. Let's unite by telling Mayor Passalugo and the rest of the city council NO! Exercise your democratic right by signing this petition before September 21st, 2015!