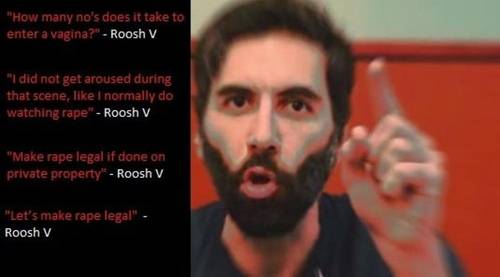 Stop group of 'legal rape' supporters from meeting/entering the Philippines

524 people have signed this petition. Add your name now!

On February 6, 2016, a pro-rape, anti-women, and anti-homosexual group shall be conducting a meeting in Greenbelt 5 (beside the R-letter pedestal at the entrance near the Hermes store). It has been made known to the public due to a recent post that has now been circulating on Facebook. It has not been said what the group’s discussion will be about, but a tweet by one of the group’s supporters have mentioned the subject being an attack on women. The so-called "tribal meetings" will occur in 43 other countries as well.

Unfortunately, they are a real group and not a hoax, and thus a threat to Filipinos, especially women everywhere. Groups such as these only promote hate and violence against women and children and should not be condoned. Men and women should be protected from the spread of hate speech by people such as these. Rape and violence against women is already a widespread issue and should not be encouraged.

"What these men are advocating is, and should legally be considered, a hate-crime. Not only should the police stop this event from occurring - they also need to inspect the men attending this event." - from Blair Williams' petition

Though there is a constitutional right to gather and associate, this petition can hopefully call the attention of our government, particularly the Bureau of Immigration in the Philippines to ban Daryush "Roosh" Valizadeh, the American founder of the Return of Kings group from ever entering the country and to stop the pro-rape supporters from pursuing this meeting.

Please sign this petition so that these people can be stopped from participating in such backward-minded and violence-promoting discussion.