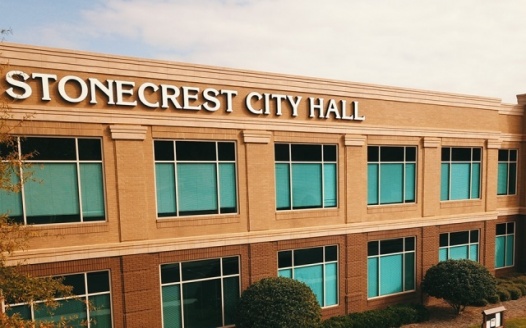 We, the citizens of Stonecrest, request the city charter, as it pertains to the roles of Mayor and council members, remain unchanged. State Senators Emanuel Jones, Tonya Anderson, and Gloria Bultler have put forth Georgia Senate Bill 469 which would dramatically change the City of Stonecrest’s government!

Among other things it calls for:

In a separate matter, two citizens did a freedom of information request believing that Councilwoman Jazzmin Cobble had violated the City Charter. She missed one third of the scheduled city council meetings last year in a three-month period without being formally excused by the council. A reasonable reading of the City Charter would imply her absences would require her to forfeit her office.

The mayor had to honor his oath of office to uphold the charter so he and the city took legal action seeking clarity through a declaratory action and requested a restraining order against Ms Cobble until the matter could be resolved. Dekalb Judge Mark Anthony Scott dismissed the restraining order because of a procedural filing error and did not rule on the declaratory action.

Under the guise of fixing the charter to remove ambiguities around missed meetings, Senator Jones, who is on record as opposing the formation of the City of Stonecrest and personally opposing Mayor Lary, authored Senate Bill 469 to drastically restructure Stonecrest’s form of government.

If successful, Senate Bill 469 undermines the will of the people who voted for the city’s existing form of government and who voted twice to elect Mayor Lary in his role as the city’s Chief Executive. It would put the future of the city in the hands of district representatives, who are motivated to do what is best for their district, but who would not have a cohesive vision for the city overall. The position of Mayor is elected by all the people, but the position of Council President is only elected by the council.

Most disturbing of all, these changes would be made with NO INPUT FROM THE MAJORITY OF STONECREST CITIZENS.

Please sign this petition letting Senators Emanuel Jones, Tonya Anderson, and Gloria Butler know you want them to withdraw Senate Bill 469 and that as public servants this is an inappropriate use of their powers. If you log into the site, you can leave comments as well.