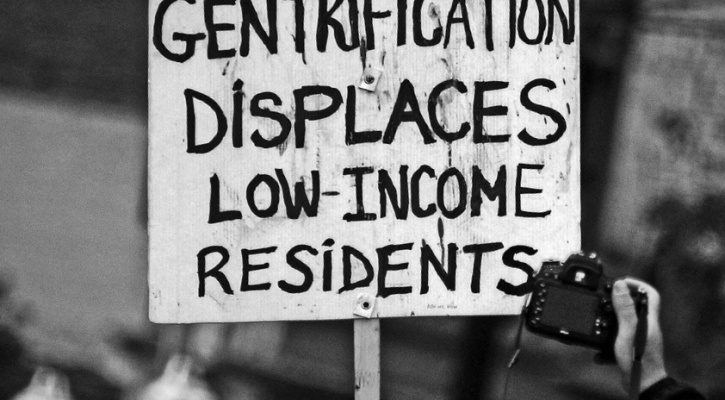 As concerned citizens & neighbors, we welcome revitalization of the Boston-Thurmond community, but not at the cost of displacement of the city’s most vulnerable residents. Though the plan, claims to improve the neighborhood through “housing, education and wellness,” we believe that the plan is really a mirage designed to facilitate gentrification. The residents most impacted will largely be those hit the hardest by systemic ills as well as other variables, both past and present. These same residents are those whose voices are often silenced. If they are not silenced then their voices are null because they are heard in spheres in which they have no power.

As a result, we are asking that you issue an injunction to stop the demolition and/or takeover of the Plaza West Apartments. We ask that you stop this until an amicable resolution has been reached that does not merely involve having a few apartments that only a small minority may be able to afford, while the remainder of the residents shuffle to find affordable and habitable living quarters. We further ask that you, Mayor Joines, Councilwoman Adams as well as all private businesses and nonprofits such as Neighbors for Better Neighborhoods, Z.Smith Reynolds Foundation, and the Winston-Salem Foundation to meet with all parties to ensure a resolve that is in the best interest of the residents in The Plaza Apartments. Furthermore, we request that community activist and other leaders of community be invited to the table of decision making as it relates to the Plaza Apartments and its future. It is a moral imperative that we seek to stop or mitigate any transition that would impel any resident. Sir you and honorable Councilwoman Adams are servants of the people. Many of us have supported you, our elected representatives, now we need your support!

Lastly, many of us and our neighbors have deep roots in that neighborhood. We have family who live there and we work and socialize with people in that community. We stand with them. We will remain steadfast and undaunted. Thank you for your time.