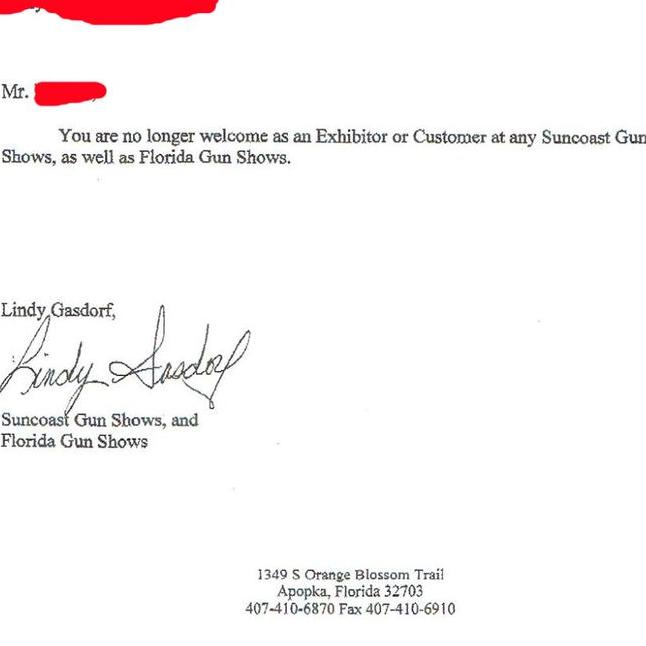 Khaled Akkawi, has taken the original owners illegal policies of spying on local competitors gun shows and kicking out any exhibitors caught doing a competitors gun show but has stepped it up drastically sending his Shoot Straight employees to all competitor shows for no other reason but to gather what exhibitors are present. Then he calls the exhibitor, offers them tables at one of his shows through out the state of Florida, but advises them they must stop exhibiting at competitor shows. If we can accumalate enough signatures we can have each of the following counties/cities stop renting the venue to Khaled Akkawi; Dade County Fairgrounds, Central Florida Fairgrounds, Bradenton Area Convention Center, Florida State Fairgrounds, Lee Civic Center, War Memorial Auditorium, Bradenton Area Convention Center, Lakeland Center