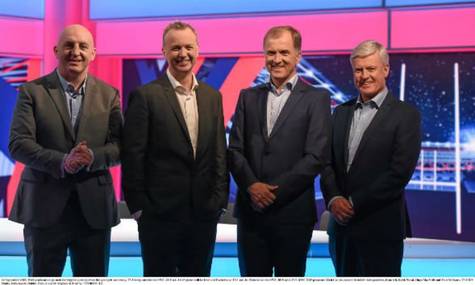 Sign this petition if you feel like TV3 are showing far too many adverts during the 2015 Rugby World Cup.

As a nation who take get pride in our Rugby Team we feel it is not appropriate to show as many adverts as the NFL Super Bowl.

When both teams finish their national anthem there is less than one minute before kick off (unless a pre match ritual is to take place. e.g The Haka) please refrain from going straight to the an advert.

When the final whistle is blown please set us see the teams celebrate and congratulate each other. This was particularly annoying during the Japan vs South Africa game. The biggest game in Japanese history and the biggest rugby shock in decades and you cut to an advertorial break 5 seconds after the final whistle.

If you are going to go out of the way and build a studio and hire in semi average pundits, please at least allow them the time of day to give their some what professional opinion on the match. During New Zealand's match against Argentina you showed 10minutes of adverts at half time and 3 minutes of studio time.

We understand the commentary is outsourced as part of the Rugby World Cup and also that you have no control over the camera men or the fact the referees go to the TMO at every given opportunity, but what you do have control over is adverts.

We understand you paid over the odds for the rights for this RWC 2015 and have to make your money back through adverts but how about this as a solution, rolling logos and text adverts during studio time, Adverts 10 minutes before kick off. Adverts during half time and Adverts 10 minutes after full time, instead of plugging the X-Factor why not plug a refreshing cold beer brand who would pay you substantial money to be mentioned daily during the RWC 2015.

We are here to watch a Rugby World Cup and not adverts at every given opportunity.

You are running the risk of people never watching TV3 sporting programmes again and you will be left with coronation street and The X Factor if you are not careful, perhaps you are better suited to such channels.