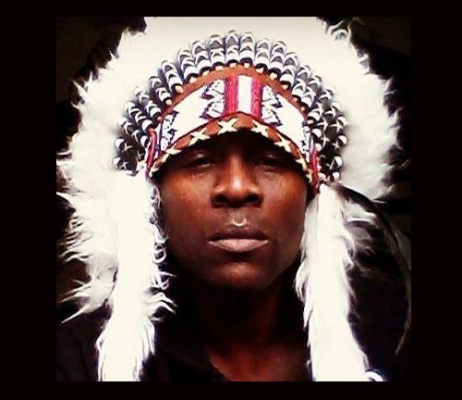 Stop Discrimination Against Indigenous Peoples in the United States

585 people have signed this petition. Add your name now!

Indigenous discrimination in the United States has been an ongoing and pressing issue for years.

Incarceration rates of Indigenous peoples are at an all time high, as Indigenous young men and women are federally imprisoned at an alarming rate. They are also being arrested for non-violent offenses that other ethnic groups are getting a slap on the wrist for.

Aboriginal people remain at higher risk for sickness and death than non-aboriginal people, as rates of diabetes, heart disease, high blood pressure, and tuberculosis are on the rise. There is a complete lack of funding for health services for Indigenous people in comparison to the availability of these services provincially. Furthermore, there is a lack of services for those with mental health issues, leaving people and children to suffer on their own.

Indigenous elders are forced into senior citizens homes without the consent of their family members.

Economic opportunities are far less open and available to indigenous peoples; and as a result they are faced to make decisions that are deemed illegal to provide for their families.

Indigenous Americans are being discriminated against when they exercise their rights to self identity; they are labelled crazy, sovereign citizens, incompetent and are even forced to take psych evaluations because they declare themselves as being indigenous.

Indigenous peoples are being forced to assimilate into foreign cultures, accept foreign ideologies and practices that goes against our spiritual beliefs.

WE DEMAND THAT THE UNITED STATES GOVERNMENT MUST ACT NOW TO MAKE THIS DECLARATION A LAW.

AMERICAN DECLARATION ON THE RIGHTS OF INDIGENOUS PEOPLES (Adopted at the third plenary session, held on June 15, 2016)

Article III. Indigenous peoples have the right to self-determination. By virtue of that right they freely determine their political status and freely pursue their economic, social and cultural development.

SECTION TWO: Human Rights and Collective Rights Article V. Full effect and observance of human rights Indigenous peoples and persons have the right to the full enjoyment of all human rights and fundamental freedoms, as recognized in the Charter of the United Nations, the Charter of the Organization of American States and international human rights law. Article VI. Collective rights Indigenous peoples have collective rights that are indispensable for their existence, wellbeing, and integral development as peoples. In this regard, the states recognize and respect, the right of the indigenous peoples to their collective action; to their juridical, social, political, and economic systems or institutions; to their own cultures; to profess and practice their spiritual beliefs; to use their own tongues and languages; and to their lands, territories and resources. States shall promote with the full and effective participation of the indigenous peoples the harmonious coexistence of rights and systems of the different population, groups, and cultures.

Article XVI. Indigenous spirituality 1. Indigenous peoples have the right to freely exercise their own spirituality and beliefs and, by virtue of that right, to practice, develop, transmit, and teach their traditions, customs, and ceremonies, and to carry them out in public and in private, individually and collectively. 2. No indigenous people or person shall be subject to pressures or impositions, or any other type of coercive measures that impair or limit their right to freely exercise their indigenous spirituality and beliefs.

Article XVII. Indigenous family 1. The family is a natural and fundamental group unit of society. Indigenous peoples have the right to preserve, maintain, and promote their own family systems. States shall recognize, respect, and protect the various indigenous forms of family, in particular the extended family, as well as the forms of matrimonial union, filiations, descent, and family name. In all cases, gender and generational equity shall be recognized and respected. 2. In matters relating to custody, adoption, severance of family ties, and related matters, the best interests of the child shall be a primary consideration. In determining the best interests of the child, courts and other relevant institutions shall take into account the right of every indigenous child, in community with member of his or her people, to enjoy his or her own culture, to profess and practice his or her own religion or to use his or her own language and in that regard shall look to the indigenous law of the peoples concerned and shall consider their points of view, rights and interest, including the positions of individuals, the family, and the community.

SECTION FOUR: Organizational and Political Rights Article XX. Rights of association, assembly, and freedom of expression and thought 1. Indigenous peoples have the rights of association, assembly, organization and expression, and to exercise them without interference and in accordance with their worldview, inter alia, values, usages, customs, ancestral traditions, beliefs, spirituality, and other cultural practices.

Article XXII. Indigenous law and jurisdiction 1. Indigenous peoples have the right to promote, develop and maintain their institutional structures and their distinctive customs, spirituality, traditions, procedures, practices and, in the cases where they exist, juridical systems or customs, in accordance with international human rights standards. 2. The indigenous law and legal systems shall be recognized and respected by the national, regional and international legal systems.

2. Indigenous peoples have the right to the lands, territories and resources which they have traditionally owned, occupied or otherwise used or acquired.

3. Indigenous peoples have the right to own, use, develop and control the lands, territories and resources that they possess by reason of traditional ownership or other traditional occupation or use, as well as those which they have otherwise acquired.

Article XXXIII Indigenous peoples and persons have the right to effective and appropriate remedies, including prompt judicial remedies, for the reparation of all violations of their collective and individual rights. The states, with full and effective participation of indigenous peoples, shall provide the necessary mechanisms for the exercise of this right.

Article XXXVIII The Organization of American States, its organs, agencies, and entities, shall take all necessary measures to promote the full respect, protection, and application of the rights of indigenous peoples contained in this Declaration and shall endeavor to ensure their efficacy.